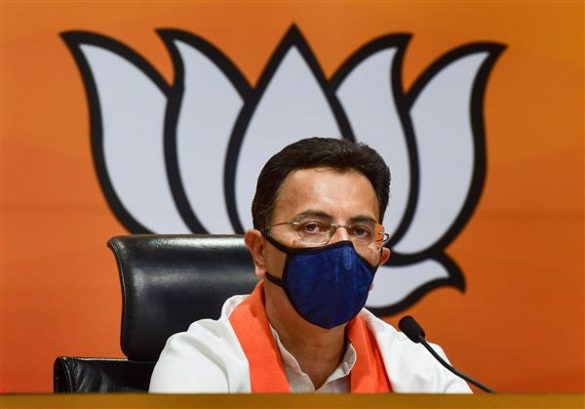 Defection from the Congress to the BJP has become commonplace in recent years, mirroring the former’s constant slide and the latter’s continuing ascendancy. The latest Congress leader to jump on the bandwagon, former Union minister Jitin Prasada, was once a member of Rahul Gandhi’s young brigade. Things began to go awry for him when the UPA was voted out of power. He himself was defeated in two successive Lok Sabha polls (2014 and 2019) and an Assembly election (2017); he was a flop in the role of the West Bengal in-charge, with the party drawing a blank in the Assembly polls earlier this year. Is his switchover a setback for the Congress or good riddance? The party is probably better off without self-seekers and non-performers, even if they belong to influential political families — Jitin’s father Jitendra Prasada served as a political adviser to Rajiv Gandhi and Narasimha Rao.

With Uttar Pradesh going to the polls early next year, Jitin’s desperation to stay politically relevant is writ large, while the BJP is counting on the Brahmin face to win over the community. What should worry the Congress is the prevailing restlessness among the younger lot that sees no future for itself aboard the ‘sinking ship’. The alarm bells had rung loud and clear in March 2020, when Jyotiraditya Scindia joined the BJP along with a bunch of MLAs, triggering the collapse of the Kamal Nath government in Madhya Pradesh.

The Congress’ failure to appoint a full-term president even two years after the 2019 Lok Sabha poll debacle is symptomatic of the drift afflicting the grand old party at the national level. In the states, its footprint has shrunk so much that it has CMs only in Punjab, Chhattisgarh and Rajasthan. Forget about consolidation, the party is struggling to hold on to what little it has in hand. Finding itself at the crossroads, the Congress can’t afford to bank on the old guard alone; it must nurture committed young leaders who can help rebuild the party and work towards offering a credible alternative to the BJP.

Data on CoWIN safe, says govt amid rumours of hacking