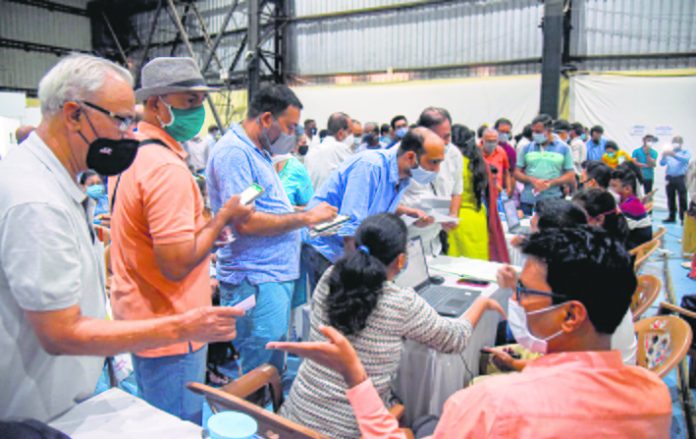 I took the Covid-19 vaccine on March 2 at Mumbai’s Cama and Albless government hospital. The vaccine I was given was Covishield, manufactured by the Serum Institute of India (SII) in Pune. It is also called the Astra-Zeneca Oxford University vaccine. The other vaccine that is available is Covaxin, manufactured in Hyderabad by Bharat Biotech, which the Prime Minister took a day before I took mine. He clearly wanted to instil confidence in the public, since what is called a ‘peer review’ is still awaited for Covaxin, considered essential for acceptability.

How did I get the vaccine so soon? I must confess some ‘pull’ was used, as happens so commonly in India. Courtesy a school society I am involved with, I got a call on March 1 to say that my vaccination was scheduled for the next day. The registration and ID number were sent on my cell phone. Otherwise, I was told by those who tried to register, the waiting period was at least a month. However, many tried their luck without registering by a walk-in, bringing the necessary documents, such as Aadhaar and PAN cards, with them. Going by reports, some got their vaccinations quickly with little hassle, but for others there was mayhem at the centres. Even after hours of waiting, they were turned away. With private hospitals being roped in, I am told the process has become smoother in some parts of the country.

Fortunately, the hospital to which I was assigned was located near the Bombay Gymkhana Club, of which I am a member. Hospitals are notorious for lack of sufficient car parking areas, and as I am still wary of taking a taxi and do not have a driver, I decided to park at the club and walk to my destination. It took me about 20 minutes. As I made my way there, with the magnificent Chhatrapati Shivaji Terminus, still widely known as VT (Victoria Terminus), looming before me, I realised that I was walking along history, albeit of a particularly ugly kind.

This was where the infamous Pakistan-sponsored terror attack had taken place 12 years ago when 10 heavily-armed and expertly-trained terrorists had landed at a small fishing village only a short distance from my residence. They had split into groups of two each. The two that took a taxi to VT included Ajmal Kasab, the only terrorist to survive the attack (he was tried and hanged later).

At the railway station, one of the busiest in the world with over 30 lakh passengers a day, they had gone on a murderous shooting spree, spraying bullets from their AK-47s on those milling around, killing 53 of them. From there, they had gone to an overbridge. That led them to the back of Cama hospital and a lane alongside it.

Cama hospital is sandwiched between the office of the Chief Metropolitan Magistrate, and one of the city’s most famous colleges, St Xavier’s. ‘Covid-19 Vaccination Centre,’ read the banner at the gate. The hospital itself is made from the dark-grey Porbandar stone used in so many other grand buildings of the city. A Parsi philanthropist, Pestonjee Hormusjee Cama, had donated Rs1 lakh for the building of the hospital, which was for women and children.

That must have been a considerable sum 134 years ago. At the registration desk, there was the mandatory warning, ‘No mask, no entry’. There, I was asked if I had an appointment. The image on my cell phone satisfied them. After I had shown my identity proof, I was guided to a room where the nurse gave me the Covishield jab painlessly into my shoulder muscle. I did not even feel the prick of the needle. Then, up one floor to a waiting room, half full with about 30 others who had just been vaccinated. You had to stay there for half an hour, in case of a sudden adverse reaction. The nurse announced that the next jab should be of the same vaccine, after 28 days. It could be given in any part of the country.

There were two downsides: the pamphlet of instructions and phone numbers handed out was only in Marathi. Why not at least in Hindi as well? The second was the announcement by the nurse that no alcohol should be imbibed for six months. No booze for half a year? I did not have hepatitis, so I questioned her. She was adamant. It lessened the effects of the vaccine, she claimed. I sent a message to my friend Rajdeep Sardesai and he made it a question to the panel of eminent doctors on the TV show he anchors every evening. No alcohol for a couple of days after the vaccination, one of the doctors advised, with a smile. Huge relief!

I have had no side-effects, as I write this, only a slightly sore arm, though a couple of friends have had mild fever. The administrative glitches will surely be rectified and most of those in the metropolitan areas will soon be vaccinated. But what about those living in small towns and villages, where 70 per cent of our population resides? There won’t be nearly enough hospitals and clinics to get them vaccinated within, say, three months. Will they have to trudge to the cities? Remember, we are a nation of some 1.4 billion.

Other questions come to mind. How long will the immunity given by the vaccine last? Six months, or a year, or longer? Will we then need another vaccine? Even the World Health Organisation has no answers. Let’s face it. We are confronting a challenge worldwide like none before. The vaccine is a major step forward, but there are many more hurdles to overcome. 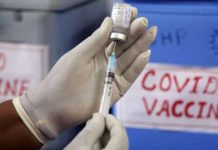 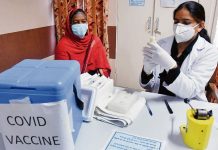 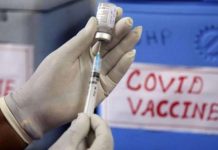 COVID19 vaccination: A handy guide for all your queries