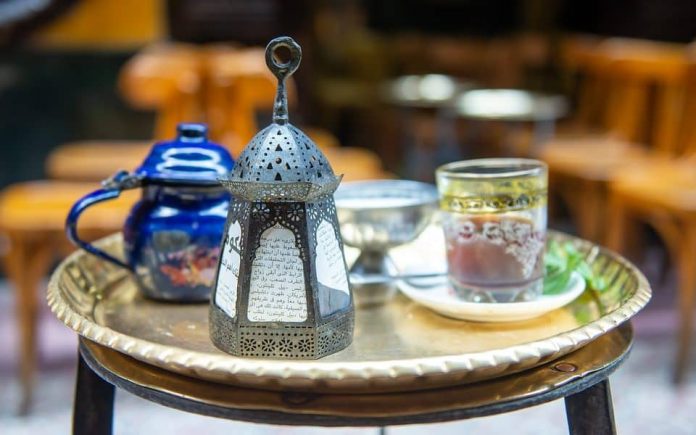 Substance use disorder is a rapidly growing issue in America, and the costs of treatment is highest for alcohol-related abuse according to a recent study from the Journal of the American Medical Association (JAMA). Substance use disorder costs hospital systems almost $13 billion a year, and $7.6 billion, almost 60%, was for alcohol-related disorders.

One study from the National Institute on Alcohol Abuse and Alcoholism found that over the 18 years between 1999 through 2017, per capita consumption of alcohol increased by 8% and “the number of alcohol-related deaths doubled, many caused by liver disease,” according to the New York Times.

Even non-Muslims should admit that giving up alcohol for a month has a dramatic effect on health, lowering blood pressure, cholesterol, and diabetes risk. The first ever extensive study of the health benefits of abstemious periods like “Dry January” also discovered that alcohol is linked to cancer-related proteins in the blood, and taking time off from drinking can drastically reduce their levels.

This finding should help explain why alcohol is linked to at least seven types of cancer. If Ramadan is healthy for a month of abstention, just imagine how good it is to abstain from alcohol for a year; or even better for a lifetime.

Jalal al-Din al-Rumi taught, “Ritual prayer can be different in every religion, but belief never changes.” (Fihi Mafih) In the light of this insight I would like to share my understanding of the spiritual importance of fasting from my perspective as a Reform Rabbi and an Islamic Jew.

I think of myself as an Islamic Jew i.e. a faithful Jew submitting to the will of God, because I am a Reform Rabbi. As a Rabbi I am faithful to the covenant that God made with Abraham, the first Jew to be a muslim: “When his Lord said to him, “Submit”, Abraham said “I have submitted [as a muslim monotheist] to the Lord of the worlds.” And Prophet Abraham instructed his sons and [so did] Prophet Jacob, [saying], “O my sons, indeed Allah has chosen for you this [monotheistic] religion, so do not die except while you are submitters [muslims].” (Qur’an 2:131-2): and I submit to both the commandments and the covenant that God made with the people of Israel at Mount Sinai.

As a Reform Rabbi I believe that Jewish spiritual leaders should modify Jewish tradition as social and historical circumstances change and develop. I also believe we should not make religion difficult for people to practice.

These are lessons that prophet Muhammad taught 12 centuries before the rise of Reform Judaism in the early 19th century. Reform Jews are the largest of the Jewish denominations in the U.S. In the U.K. Reform Judaism is called Liberal  Judaism.

I am a Reform Rabbi who has been studying Islam for over 60 years. I think it is vitally important for our generation to understand how much Islam and Judaism have in common. Fasting is one area where this commonality is very evident.

In North America and the U.K., Jews and Muslims are the two religious groups that most noticeably practice fasting. The rules about fasting are very similar in both Jewish and Muslim law. Since there are several religious values involved in fasting; Muslims will see many similarities, and a few differences, in the following teachings from the Jewish tradition about restricting what and when we eat.

On fast days like Yom Kippur – the Day of Atonement and the 9th of Av (a day of mourning like the Shi’a observance of Ashura- the 10th of Muharram) Jews do not eat or drink, and abstain from marital relations for twenty-four hours. Fasting differs from praying in the same way that  hugging someone differs from talking to someone.

Fasting is very different from starving. People do not choose to starve. It is one of my religious obligations to help feed starving people. Fasting is my personal opportunity to feed my soul. Fasting results in many different outcomes that help bring us closer to God.

First of all, fasting teaches compassion. It is easy to talk about the world’s problem of hunger. We can feel sorry that millions of people go to bed hungry each day. But not until one can actually feel it in one’s own body is the impact truly there. Compassion based on empathy is much stronger and more consistent than compassion based on pity.

This feeling must lead to action. Fasting is never an end in itself; that’s why it has so many different outcomes. But all the other outcomes are of no real moral value if compassion is not enlarged and extended through fasting.

As Prophet Isaiah said, “The truth is that at the same time you fast, you pursue your own interests and oppress your workers. Your fasting makes you violent, and you quarrel and fight. The kind of fasting I want is this: remove the chains of oppression and the yoke of injustice, and let the oppressed go free. Share your food with the hungry and open your homes to the homeless poor” (Isaiah  58:3-7)

And as Ali Abbas said: “I heard God’s Messenger say, ‘A believer is not one who eats his fill while his neighbor is hungry.’” (Bukhari, Muslim)

Second, fasting is an exercise in will-power. Most people think they can’t fast because it’s too hard. But actually the discomfort of hunger pangs is relatively minor. A headache, muscle pains from too much exercise, and most certainly a toothache, are all more severe than the pains hunger produces.

The reason it is so hard to fast is because it so easy to break your fast, since food is almost always in easy reach; all you have do is take a bite. Thus the key to fasting is the will power to decide again and again not to eat or drink. Our society has increasingly become one of self indulgence. Almost all humans lack self discipline.

Fasting goes in direct opposition to our increasing “softness” in life. When people exercise their will-power to fast, they  affirm their self-control and celebrate their mastery over themselves. We need continually to prove that we can master ourselves, because we are aware of our frequent failures to be self-disciplined.

Third, fasting is also a way of preparing to meet a personal major challenge. People in the Bible who faced great trials and troubles often prepared themselves through prayer and fasting. Whenever special courage, wisdom, insight or strength was needed, people who trusted in God turned to prayer and fasting.

For example, the Jewish community in Persia once was threatened by a government sanctioned pogrom that resulted from a plot by the King’s evil adviser; Haman. This name is well known to Muslims because it occurs six times in the Qur’an (28:6, 8, 38; 29:39; 40:24, 36)

These ayahs portray the Egyptian Haman as an official close to Pharaoh, who was in charge of building projects where Banu Israel were forced to work. The Persian Haman organized groups of his own supporters to attack and plunder Jews throughout the Persian kingdom on an  appointed day.

When the plot was leaked, the queen, who was Jewish, although nobody in the court knew it, was asked to intercede. Before Queen Esther approached the king to ask him to spare the Jews from destruction, she asked her people to join her during three days of prayer and fasting.

She felt that this dangerous enterprise needed prayers fortified by fasting if her effort was to be successful. Esther said, “When this is done, I will go to the king, even thought it is against the law. And if I perish, I perish,” (Esther 4:16). Consequently, Esther approached the king with confidence and boldness, persuading him to reverse an edict that called for the annihilation of the Jews.

May our fasting become a first step toward the removal of the chains of narrow mindedness that enslave us, our neighbors, and our world! May future years of shared fasting by Muslims and Jews lead to a greater amount of understanding and respect through increased acceptance of religious pluralism.