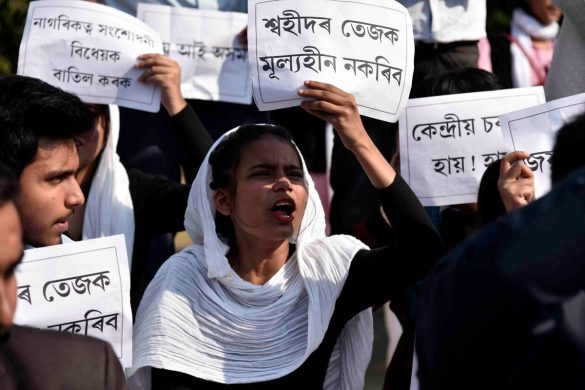 As religious freedoms in India decline fast, at least 21 countries have urged India to improve its performance in providing a safe space for adherents of different faiths. It has now become glaringly apparent that, under the BJP government, India has neglected its responsibilities for protection of freedom of religion and rights of religious minorities.

And it is not only freedom of religion that is at stake in the country; it is also increasing violence and hate speech that the BJP government has not only been unable to control but openly encouraged. While ministers and senior leaders of the BJP spew venom against religious minorities, the government of India has also adopted discriminatory policies such as ‘anti-conversion’ laws, which mainly target religious minorities in the country, especially Muslims.

Now, finally the world community is waking up to this situation. In a joint statement issued by six international human rights groups, it has been reiterated that the government of India needs to implement recommendations that are part of a recent UN report on India. The UN in its report had put forward solid suggestions that cover a wide range of key concerns.

One of the most pressing concerns is that minority communities in India are increasingly coming under threats from majority groups. Across India now there is a surge in the number of vulnerable groups that lack adequate protection. Coupled with this is gender-based violence that mainly targets women, girl children and transgender persons in India.

Even civil society organizations working in advocacy for and service delivery to minority groups are not safe anymore. Upholding civil-society freedoms should be a primary task of any functioning democracy, most of all one that claims to be the largest democracy in the world. Human rights defenders in India have also come under threat and many have lost their lives at the hands of members of extremist Hindu outfits.

There have also been reports of custodial torture from various parts of India, especially from illegally occupied Kashmir. There is a consensus among rights groups that the Modi government has made it almost lawful to discriminate against religious minorities. Among these minorities, Muslims have been on the receiving end of injustice ever since the BJP came to power in 2014.

Since the UN has taken notice of this issue and some of the leading human rights groups such as International Federation of Human Rights and World Organisation Against Torture have urged the Indian government to promptly adopt the UN recommendations, India must act now at. According to a recent periodic review too, India has undergone a serious regression in the past five years.

It is noteworthy that from 2014 to 2019 during the first Modi government the decline was noticeable but after the landslide victory of the BJP when the second Modi government assumed office, it has escalated its crackdown on democratic institutions and violated all norms of national and international laws governing human rights. The presence and independent working of civil society organizations is a sine qua non for democratic practices and observance of human rights.

The draconian ways in which India’s civil society has come under increasing pressure should be a cause of concern for everyone, including countries like the US which continue to molly-coddle India for their own regional power games.