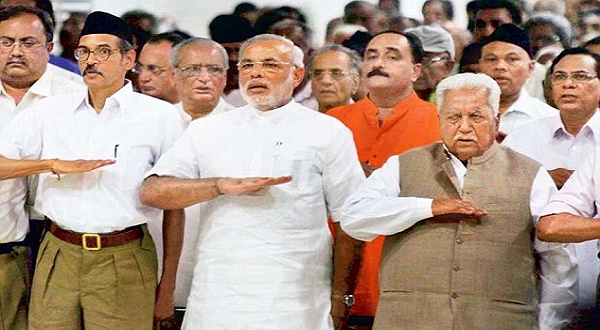 Indian rulers-ruling classes drunk with power like their counterparts in the world have been ruthless in suppressing any opposition to their misdeeds. It has not been the fate of the mass movements against the former only but even literary expressions of dissent which is known as satire. According to the Encyclopedia Britannica satire is an artistic form,
“chiefly literary and dramatic, in which human or individual vices, follies, abuses, or shortcomings are held up to censure by means of ridicule, derision, burlesque, irony, parody, caricature, or other methods, sometimes with an intent to inspire social reform”.
It also takes the form of performing art in which vices, follies, abuses and shortcomings are held up to ridicule, ideally with the intent of shaming individuals, corporations, government, or society itself into improvement.

Modern Indian history witnessed persecution of the satirists regularly and the record is available in the form of large number of contemporary archival documents beginning with the British rule. The archival material left behind by the foreign rulers which is stored at the National Archives of India [NAI] at Delhi has a separate section known as the ‘Proscribed literature’ which contains in physical form hundreds of books, articles, jokes, poems, plays which were banned by the foreign rulers. A perusal of the banned literature shows that 138 and 68 prose works of Hindi and Urdu respectively were banned. So far as the works of poetry were concerned 264 Hindi and 58 Urdu items were proscribed. The NAI also has copies of the banned literature of English and other Indian languages. It is to be noted that the British rulers established regional archives also which too contain records of large number of banned literature in different languages.

Sadly, the independent India continued to suffer from this epidemic of intolerance with literary and art works banned and authors and artist put in jails or forced to migrate to other countries. But real acceleration in persecuting the satirists took place with the coming to power the RSS-BJP government under Modi in 2014. It was not unnatural as a self-confessed Hindu nationalist and groomed by MS Golwalkar, the most prominent ideologue of the RSS, Modi hates democracy. This hatred is the outcome of the decree which Golwalkar issued while addressing the 1350 top level cadres of the RSS at RSS headquarter, Resham Bagh in 1940: “RSS inspired by one flag, one leader and one ideology is lighting the flame of Hindutva in each and every corner of this great land”.

So, last 6 years of Modi rule have been horrifying for the Indian satirists. Renowned satirists [one wonders why they are called comedians] Kunal Kamra, Munawar Faruqui, Tanmay Bhat, Agrima Joshua, Kiku Sharda and Kapil Sharma who shared jokes about Modi, Amit Shah, corruption, hypocrisy of religious elements, inertia of the courts specially the Supreme Court towards brazen violation of democratic-secular Indian constitution, human rights and wide-spread arrests under terror laws, faced and are facing high-handed persecution. Many of them were arrested; tortured and non-state actors-individuals affiliated to the Hindutva rulers have even threatened female satirists with rape and physical violence, said a report.

It should surprise nobody that with Modi becoming PM of India our country has steadily joined Hitler ruled Germany in suppressing satires.

Satires in any form directed against the regime or the leadership were risky and invited serious consequences even inviting death sentences. The archives of SD (Sicherheitsdienst des Reichsführers-SS), the dreaded intelligence agency of Hitler has records of political jokes for which Germans were punished. Some of these are worth knowing.

(1) ”What is the difference between sun and Hitler?
The sun rises in the East, Hitler goes [down] in the East”.

(2) “What is the difference between India and Germany?
In India one person starves for everybody [Gandhi],
In Germany everyone starves for one person [Hitler]”.

(3) “Zara Lender [a popular singer in Nazi Germany] is summoned to the Fuhrer’s headquarters every day. Why? She has to sing ‘I know a miracle will happen one day’”.

(4) The following lampoon of Hitler landed a short-hand typist from Frankfurt with 2 years’ imprisonment in 1943:

“He who rules in the Russian manner,
Dresses his hair in the French style,
Trims his moustache English fashion
And was not born in Germany himself,
Who teaches us the Roman salute,
Asks our wives for lots of children
But cannot produce any himself,
He is the leader of Germany”.

(5) A Catholic priest, Father Joseph Muller was sentenced to be hanged in July 1944 for telling the following story:
“On his death-bed a wounded soldier asked to see for one last time the people for whom he had laid down his life. The nurses brought a picture of the Fuhrer [Hitler] and laid it on his right side. Then they brought a picture of HW Goring [the chief commander of Hitler’s armed forces] laid on his left. Then the soldier said: ‘Now I can die like Jesus Christ, between two criminals’”.
[Haste, Cate, Nazi Women: Hitler’s seduction of a nation, Channel 4 Books, London, 2003, pp. 207-8.]
Taapsee Pannu, a well-known actor who takes stand against suppression of satires had tweeted on February 4:

“If one tweet rattles your unity, one joke rattles your faith or one show rattles your religious belief then it’s you who has to work on strengthening your value system, not become ‘propaganda teacher’ for others.”

It did not take long to teach her a lesson. Her residence and office were raided by an intelligence agency of the Modi government on March 3 and raid continued even after 24 hours. She was not alone to face the raids, the residences and offices of two other renowned film directors Anurag Kashyap and Vikas Bahl are too under siege. Their common crime for which they are facing these raids is their resolute opposition to the anti-people policies of Modi government.

The time is not far-away when India is going to be ‘vishwa guru’ [world teacher] leaving behind the stories of the Nazi persecution of the satirists! 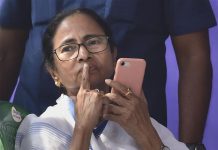 My phone being tapped, alleges Mamata 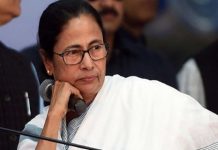 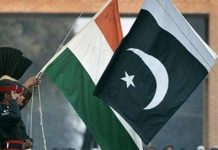