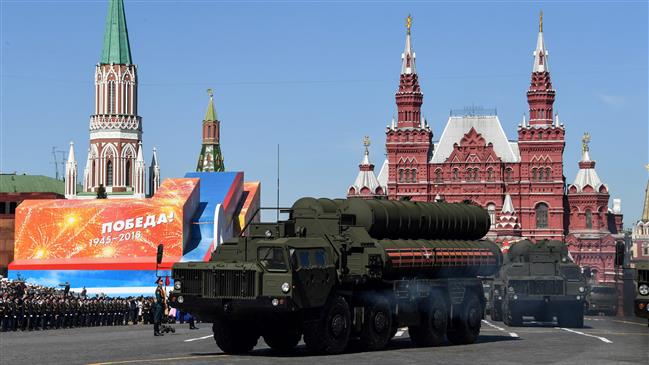 Russia says it has started the production of a batch of S-400 missile defense systems for India under a deal the two countries reached two years ago, despite threats of sanctions made by the United States against New Delhi over the purchase of the advanced Russian systems.

The S-400 Triumph missile defense systems, designed and produced by Russian state-owned company Almaz-Antey, are capable of engaging targets at a distance of 400 kilometers and at an altitude of up to 30 kilometers.

The missile system can destroy aircraft as well as cruise and ballistic missiles. It can also be used against land-based targets.

Moscow and New Delhi had signed a general agreement on the sale of five units of the air defense systems back in October 2016. They signed the contract for the procurement, worth 5.43 billion dollars, in October 2018.

“The Almaz-Antey concern has begun manufacturing the S-400 systems for India, and Russia will deliver the S-400s to India within the timeframe stipulated by the contract,” said Russian Industry and Trade Minister Denis Manturov on Tuesday.

Manturov added that training centers had already been set up in India to prepare the Indian operators of Russia’s most advanced long-range air defense platform.

“In general, all commitments undertaken by the parties, including the payment, are being fulfilled in full,” Manturov stressed.

The US has so far made numerous attempts to scuttle the deal, warning New Delhi that the Russian systems could purportedly restrict India’s “interoperability” with American systems. Washington has also hinted that it could subject the Asian country to economic sanctions over the purchase.

Last month, a senior official at the US State Department urged New Delhi to reconsider purchasing Russia’s S-400 systems or face the “risk of application of sanctions” under the Countering America’s Adversaries Through Sanctions Act (CAATSA).

In spite of its name, the act has been brandished by Washington against allied nations mulling weapons deals with Russia — namely India and Turkey.

A number of NATO member states, the US in particular, claim that Russian-made S-400 missile batteries are not compatible with those of the military alliance, prompting it to threaten to impose sanctions on NATO-member Turkey, which has already purchased the air defense system despite the US threats of sanctions.

India, too, has emphasized that it can make its own arms purchases independently, with its external affairs minister stressing last November that New Delhi would “not be influenced by other countries on what we do in terms of our national security and defense.”

Moscow has promised to deliver the first missile system by the end of 2020.