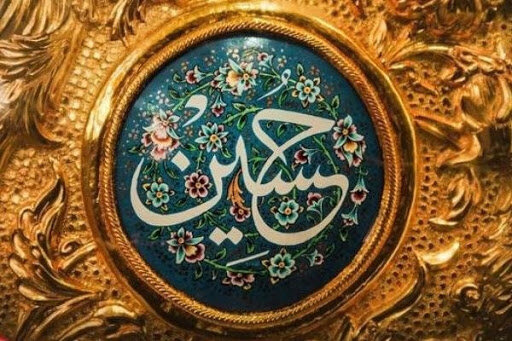 This week’s arrival of ‘Muharram’ – the first month of the Islamic calendar – was marked with powerful symbolism, when red lights replaced green ones surrounding the final resting places of Imam Hussain (a.s.) and his brother, Hazrat Abbas (a.s.) in Karbala, southern Iraq. This ushered in a period of widely shared mourning with a unique and unprecedented history.

In the coming days, notably till Muharram 10 and beyond, millions of pilgrims will pass through Karbala in remembrance of the massacre there almost 1400 years ago. In time, the battle at Karbala which witnessed Imam Hussain and 72 of his followers face anywhere between 30,000 and 70,000 soldiers sent by Yazid ibne Muawiya, has become a powerful symbol of defiance against unbridled tyranny.

The account of this bloodshed however will remain incomplete without a detailed mention of Bibi Zaynab (a.s.), the younger sister of Imam Hussain (a.s.). She accompanied her brother to Karbala, sent two of her teenaged sons, Hazrat Aun bin Abdullah (a.s.) and Hazrat Muhammad bin Abdullah (a.s.) to sacrifice themselves among the 72 martyrs, and picked up the reins of leadership of those left behind. In brief, if Imam Hussain is remembered as ‘Syed al Shuhada’ or the master of martyrs, Bibi Zaynab must be remembered as the saviour of her brother’s mission.

The final encounter on Muharram 10 remains a memorable event, testifying to the power of the cause of Imam Hussain in defence of the message revealed to his maternal grandfather, Prophet Muhammad (peace be upon him). The refusal by Imam Hussain (a.s.) to accept allegiance or ‘bayt’ to Yazid laid the foundation of a noble tradition for generations to come, as humanity has repeatedly defied the wrath of powerful individuals. For a number of freedom movements across the Islamic world from Kashmir to Palestine and well beyond, the memory of Imam Hussain has provided vigour and strength like no other inspirational event.

For the pilgrims to Karbala, an essential stop remains ‘Tilla e Zaynabiya’ – a well preserved vantage point from where Bibi Zaynab watched her brother fight his last battle. That tragic episode stretched from the first sword that struck Imam Hussain to the moment when Imam Hussain (a.s.) was decapitated. His head was then hoisted on a spear and taken to Yazid as the biggest prize of the encounter at Karbala.

Once night fell, the soldiers of Yazid set off to loot and plunder the family members and companions of Imam Hussain (a.s.) and his followers. Their tents were set on fire, the women were deprived of their veils while the one remaining adult male – Imam Zainul Abideen (a.s.), a son of Imam Hussain who was ill and too frail to go into battle, was put in chains. In the subsequent journey that took the captives of Karbala first to Kufa, the seat of Yazid’s governor Obaidullah Ibne Ziyad and then to Damascus to Yazid’s court, Bibi Zaynab frequently emerged as an unusually powerful figure. Her sermons including a notable one before Yazid publicly chastised him and his accomplices for their deeds.

So powerful was the impact of the message of Bibi Zaynab (a.s.) that historians have frequently noted her unparalleled bravery for keeping her brother’s cause alive. “The profoundness of her strength and resilience of a woman boldly speaking out with wisdom and eloquence in a predominantly patriarchal society had an awakening effect on those who had dismissed them as weak and unable to lead a movement of change and reformation” wrote muslim scholar Hajjah Chahnaz A Kbaisi-Hazari in her book ‘Who is Zaynab?’

Beyond Karbala, pilgrims have traditionally travelled in large numbers to Damascus to visit the final resting place of Bibi Zaynab (a.s.). It is here that crowds gather across ‘Zaynabia’ – a neighborhood where the mausoleum of Bibi Zaynab is located.

“For her adherents, the Zaynab of Karbala narratives leaves her fingerprints on every struggle for justice and for an authentic expression of Islam, on all the places where people refuse to collude with corruption, or show a willingness to sacrifice for a great cause or are persistent in the quest for righteousness despite the odds” wrote catholic missionary Father Christopher Paul Clohessy in his widely acclaimed book ‘Half of my Heart – The narratives of Zaynab, Daughter of Ali’. In highlighting the continuing influence of Bibi Zaynab (a.s.) for times to come, Clohessy added: “Zaynab meets the needs of the hour, advancing her brother’s principles and so altering the course of history, assuring devotees that they can face the future with strength, courage and wisdom”.

If indeed the legacy of Karbala owes its strength to the sacrifice of Imam Hussain (a.s.) and his followers, Bibi Zaynab (a.s.) has ensured the survival of this legacy for all times to come.