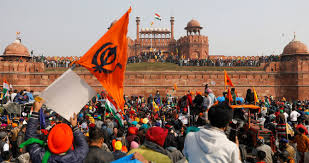 In wake of the recent violent breach of the Red Fort by farmers, the Indian government has decided to clampdown on the press by registering cases against journalists who dared voice their honest opinion. At this point, such blatant censorship comes as no surprise for those who are well aware of Indian authorities’ tactics of diverting attention from the international condemnation they receive because of their oppressive actions. As observers of this horrific trend, it is about time that international organisations set a precedent by denouncing the deed and reevaluating their global rankings on journalistic freedoms and human rights.

Citing intent to promote conspiracy against the state, as well as inciting treason, the government of India has registered criminal cases against at least five well-established journalists who made the mistake of reporting the protests on a public platform. In fact, such reactions have become somewhat expected considering the state’s track record of frequent internet shutdowns, suspension of network services and constricting social media platforms.

As long as the protests and the unrest in IIOJK continues to attract bad press, the Indian government will continue to take such drastic measures. As such, now even various media associations have come to the realisation that they live in a country subjugated to the tyrannical rule of a populist and far-right government as they go onto criticise the restraints being imposed on them.

It is about time that international bodies take notice of such unlawful actions and reprimand the country so as to not only set a precedent but to highlight the lack of moral integrity shown by India currently. Reporters Without Borders has already voiced its concerns of the Indian state imposing its own narrative onto the protests, now more must also either speak up or correct global journalistic rankings to reflect the truth that Indian media associations face in the status quo. 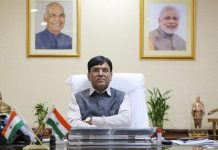