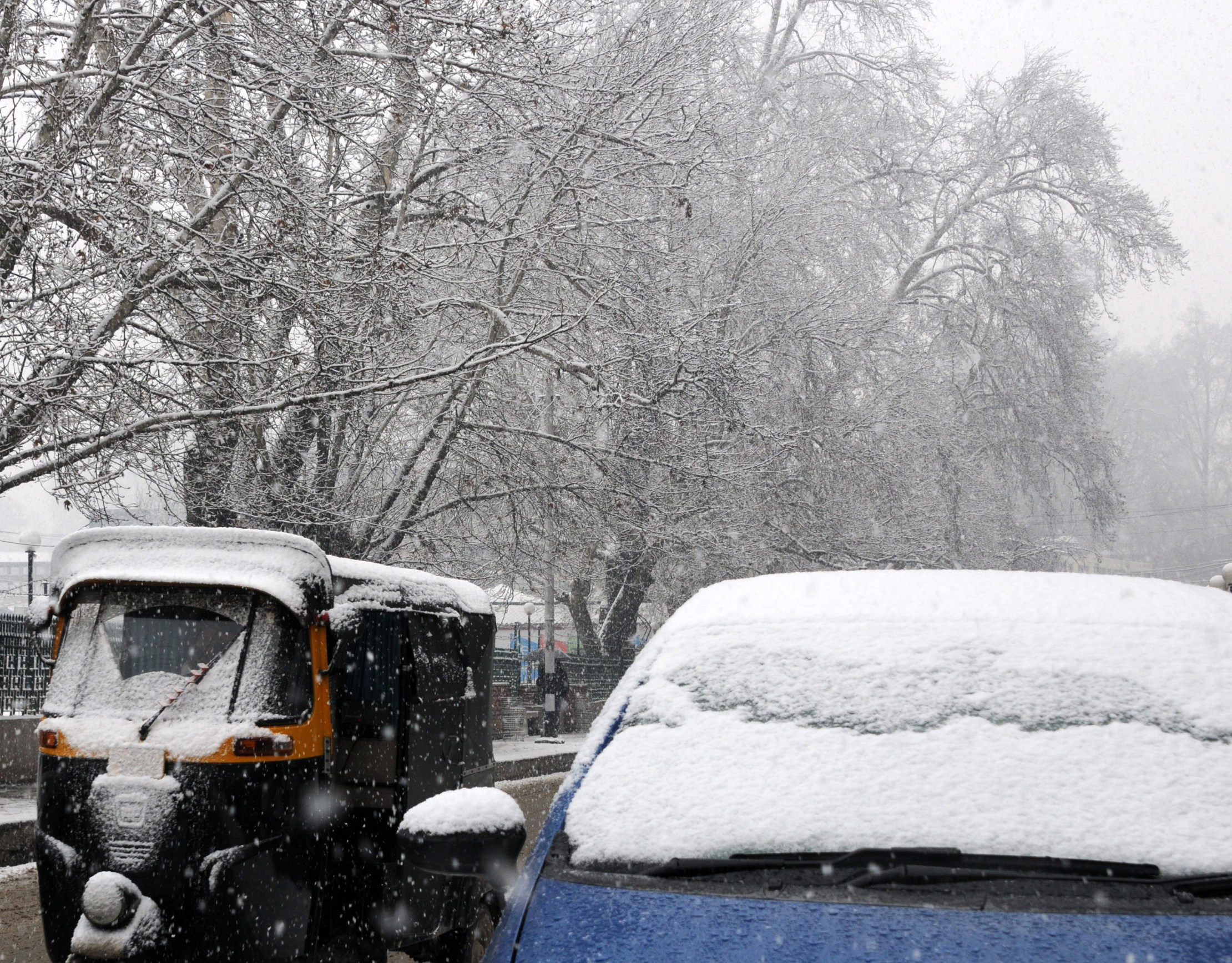 Srinagar, Nov 27: The upper heights received moderate to heavy snowfall while plains, including summer capital, Srinagar, were lashed by rain in the Kashmir valley on Wednesday.

A Met department spokesman said as the fresh Western Disturbance (WD) is active in the region, there could be fairly widespread snow and rain in the Jammu and Kashmir during the next 24 hours.

Due to cloudy sky the maximum temperature was near normal while the day will become chilly on Wednesday, he said.

The historic 86-km-long Mughal road remained closed since November 6 due to accumulation of several feet of snowfall and slippery road conditions.

However, despite rain the national highway, connecting Kashmir valley with the rest of the country, was through for two-way Light Motor Vehicle (LMV) traffic while Heavy Motor Vehicles (HMVs) will ply from Jammu to Srinagar.

Despite massive snow clearance operation from both sides of Pir-ki-Gali, the Mughal road, connecting Shopian in south Kashmir with Rajouri and Poonch in Jammu region, remained closed, a traffic police official told UNI on Wednesday.

The world famous ski resort of Gulmarg, about 55 km from here in north Kashmir district of Baramulla received fresh snowfall. However, the upper reaches, including Kongdori and Affarwat, the highest skiing point connected by Cable Car, experienced moderate to heavy snowfall since last night.

The upper reaches in entire north Kashmir also received moderate to heavy snowfall resulting in closure of dozens of roads leading to far flung and remote areas, including those near the Line of Control (LoC). Keran and Karnah roads which reopened only yesterday were again closed due to fresh snowfall on Wednesday.

About six inches of fresh snowfall was also experienced at Harpora and one to two feet between Dobjan and Pir-ki-Gali on historic Mughal road, linking Shopian in south Kashmir and Rajouri and Poonch in Jammu region. The road is closed from November 6 due to snow.

Several dead in what Indian army says was...