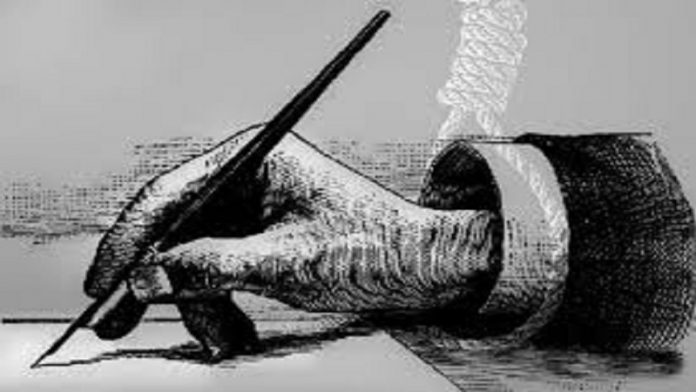 I find it hard to believe, so I rub my eyes. So many frontline leaders of my profession (journalism) have been implicated under serious charges in cases. In disbelief, I look at the big names again. They would all be at the top of any guide on distinguished media personalities of India. Is this just a bad dream? Or has the emergency been declared again? No, it is neither. So, I again start wondering at what is happening and why?

I start recalling memories of those so implicated. Mrinal Pande, the former Chairperson of Prasar Bharati, the official apex body of Indian broadcast media. Also, former editor-in-chief of Hindustan, one of the most important and highly circulated newspapers in Hindi. A distinguished author who has contributed to several genres of Hindi literature (incidentally also the daughter of a very prominent Hindi writer Shivani who has millions of admiring readers). A feminist in her own right. A distinguished contributor also to English media. As much at home in print media as on TV. A gentle, kind senior citizen always willing to help a good cause. Involved in several relevant and useful social activities. In recent times, she has been involved with Navjivan/National Herald. Chief editor of this group’s Qaumi Awaz and another distinguished media personality, Zafar Agha, too has been similarly implicated.

Rajdeep Sardesai, long regarded as one of the brightest journalists of India, with contributions in print as well as TV journalism. Served in senior-most positions in leading media organisations including India Today TV and Global Broadcast News.

Siddharth Varadarajan, a top award-winning journalist of India. Having distinguished himself in very senior positions in the biggest and the most prestigious newspapers like The Times of India and The Hindu, he then played a leading role in the establishment and progress of the Wire.in, and is involved in several highly relevant social activities.

Paresh Nath, Anant Nath, Jose Verghese—distinguished personalities of the profession who reworked the Caravan into a leading narrative magazine of Asia which has been praised by many distinguished persons from several walks of life.

Now all these are persons with strong views and you may agree or disagree with them, but what one cannot deny is that they have done enough in professional life to establish themselves as leaders of profession, in the way that P. Sainath, Sumit Chakravartty ,G.G.Parikh, Binu Mathew , Sheetla Singh, Seema Mustafa, Ravish, etc. who have established themselves as leaders of profession, due to their long-time contributions to media, following the distinguished example set earlier by (to pay our respect to those who are no more) Nikhil Chakravartty, Ajit Bhattacharjea ,Kuldip Nayyar, Krishna Raj, Romesh Thapar, Prem Bhatia, Rajendra Mathur, Prabhash Joshi, Samar Sen etc.

Of course this list of distinguished media personalities can be easily extended, but what I am trying to say is that when some journalists distinguish themselves by the sheer amount and quality of the professional work done by them, then they must get due recognition as leaders of their profession, and this recognition must be accepted by those who do not necessarily agree with their views.

When I look around for more distinguished journalists facing intimidation and cases, not so much from the leading authorities as from billionaires, I find names of such leading investigative journalists as Paranjoy Guha Thakurta, and when I look at what his defense says I find that he is being singled out relentlessly. Why should a leading journalist, who has done work of high standard in TV, print and documentary filmmaking, be singled out for relentless pursuit? Earlier he was one of the most admired TV personalities for his highly regarded programs on Lok Sabha TV. Today he is being relentlessly pursued. Why? It is bad for a democracy if professional achievements of journalists are disregarded and they are hounded for their views.

I look around for persons from other walks of life who contribute to media from time to time and I find that even someone like Shashi Tharoor, who was once in line for the top job in the United Nations and is now a Member of Parliament, has not been spared, and I shudder to think of what may happen to less influential writers or commentators who make an important contribution to media with their diverse expertise and talents.

Now I look around to search whether victimisation and intimidation is confined to only well-known national figures, and a quick search reveals that no, the list of such journalists is much longer. Dhaval Patel, Rahul Kulkarni, Kishore Chandra Wangkhem, Siddique Kappan, Mandeep Punia—these are only a few of the journalists whose names I encounter in my search for those journalists who have been badly victimised in recent times, and there are several more. My quick search reveals that we have to think of not just a few of the more famous journalists, the problem of victimisation is much wider and often the district or village level reporter suffers even more than national level journalists.

Various journalists are only too likely to have different views. They may have very different perceptions about how a government is performing, and the good or bad role of some very powerful and rich persons. Despite this, there is a clear and strong need for solidarity among journalists cutting across various narrow dividing lines. During the emergency very good resistance was offered by Nikhil Chakravartty, Kuldip Nayyar,Romesh Thapar and Ajit Bhattacharjea, who did not agree on many issues but were united in their defense of press freedom. We need similar unity today in the wake of growing intimidation of journalists at all levels, national and local. Whenever we see that journalists are being victimised and intimidated for their professional work, we should come to their support in various ways. Organisations of various journalists should consider ways of organising this support.

What is important is that those who are facing arrest, victimisation and intimidation should not feel that they are alone, the country’s journalists and others committed to press freedom and democracy stand with them. We should also create solidarity and support at international level.

In addition, I would like to also appeal to the Sangh Parivar to come forward to help so that emergency like conditions are not created regarding intimidation of journalists.

I would like to appeal to the judiciary at all levels to be more active in defending press freedom. To the government, I will like to say that if you find anything objectionable please first try to sort out through professional bodies or by sending a notice to apologize for a mistake committed without any intention to cause any harm. After all, so many factual mistakes are made by ruling regime leaders also in their speeches. So please be more tolerant, keeping in view also the great significance of a free press and independent views in a democracy. Also, please never hurriedly and arbitrarily clamp charges like sedition on journalists, please do not misuse your power and position. To the opposition parties also I will like to appeal to give more attention to press freedom related issues.

*The writer is a veteran journalist and author, having contributed well over 9000 articles/reports and over 400 books/ booklets in English and Hindi, including collections of poems, short stories and novellas. 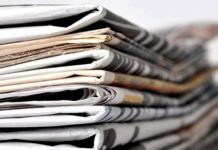