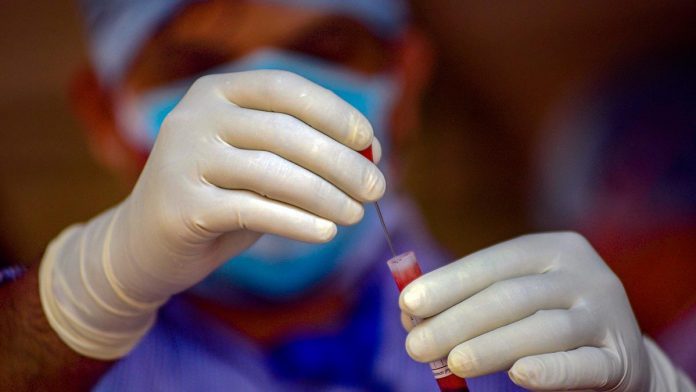 New Delhi: A team of scientists from China and Germany has suggested that certain antibodies against the SARS-CoV-2 can last in the body for at least six months after infection, suggesting a prolonged immunity to Covid-19.

The new study, which is yet to be peer reviewed, looked at 349 symptomatic Covid-19 patients in China’s Wuhan who were among the first people worldwide to be infected.

The team followed the patients for upto 26 weeks (about six-and-a-half months). “To the best of our knowledge, with six months, the observational period of our study on the dynamics of antibody responses is the longest so far,” the researchers said.

In June this year, a study published in the journal, Nature Medicine, had concluded that the antibodies generated in people who recovered from Covid-19 might last only for two to three months.

The researchers, who were from the University of Science and Technology (Wuhan) and the University of Duisburg-Essen (Germany), studied the immunoglobulins or antibodies produced against the ‘spike’ protein, the receptor binding domain and nucleocapsid. The spike protein is what helps the virus latch on to host cells while a receptor-binding domain is a key part of the virus located on the ‘spike’ that allows it to enter and infect the cells.

Nucleocapsid is a protein that plays a critical role in holding the components of the coronavirus together.

The researchers studied two kinds of antibodies — IgM and IgG.

Immunoglobulin M (IgM) is found mainly in the blood and lymph fluid, and is the first antibody the body’s immune system creates to fight a new infection.

Immunoglobulin G (IgG), the most abundant type of antibody, is found in all body fluids and protects against bacterial and viral infections. These are antibodies which are produced in the later stages of an infection and see the body through recovery.

The team found high levels of both IgM and IgG antibodies against the spike protein and the nucleocapsid of the coronavirus two-to-three weeks after the infection began. However, while IgM antibodies became undetectable after 12 weeks, IgG levels were still high over six months.

“IgG levels showed an intermediate contraction phase, but stabilised at relatively high levels over the six months observation period… Given the debate concerning the duration of antibody responses in asymptomatic patients, we wondered if non-severe and severe COVID-19 cases might differ concerning their humoral immune responses. Interestingly, their overall responses were very similar,” the researchers said.

Patients with non-severe Covid-19 had higher levels of IgG antibodies in the second week after disease onset, compared to severe patients, suggesting that these antibodies had a protective effect.

In severe Covid-19 patients, the levels of IgG antibodies were significantly higher than that of non-severe patients by week four.