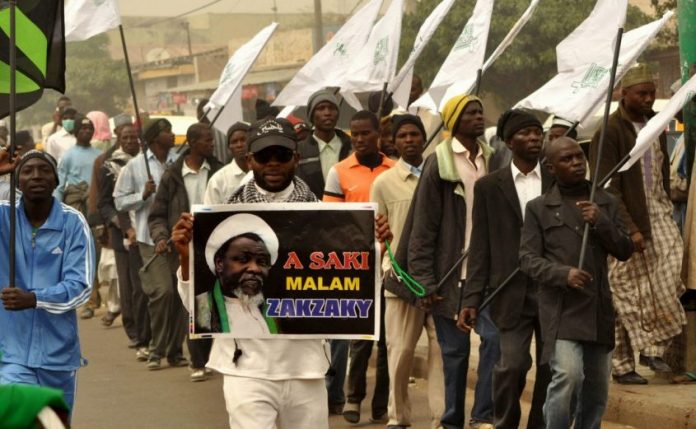 Today, Nigeria is laced with some of the most obstinate conflicts, most of them constructed from differences in religious identities. Religious nationalism and Sectarianism has led to unequal allocation of resources and religious clashes. The most populated African country’s name is synonymous with deep divisions which cause major political issues to be vigorously and violently contested along the lines of intricate ethnic, religious and regional divisions.

Nigeria with a population of about 170 million, holds the title of the third-largest Muslim nation. It is religiously diverse society, with Islam and Christianity being the most widely professed religions. 50% of Nigeria’s population is Muslim. Nigerian Shia Muslims are a group based in Kaduna state, but with significant presence in some other northern states. No clear statistics of Shia population are available. But, of Nigeria’s 170 million population, a small minority belong to Shia Islam.

The highly varicolored social structure of Nigeria automatically causes challenging social gaps in the country and, add to accumulated hostilities against Shia Muslims. Moreover, it should be borne in mind that the government and army, with their vividly discriminatory clampdowns, even expand the division and consequently lead to intensified instability. In a similar vein, anti-Shia sentiments had taken root in army ranks. Reports show that troops as saying: “No more Shia in Nigeria”, Middle East Eye told.

But another sensitive issue related to Shia Muslims is the Saudi-backed television channels which had launched a heavy propaganda campaign against the Shia Muslims. They cautioned the Nigerian officials against a big increase in the Shia Muslim population of the country and the activities of the Islamic Movement.

Persecution of Shia Muslims is illegal and unconstitutional

In fact, 2015 Zaria massacre and series of persecution by the Nigerian state, against small Shia minority is a threat to religious freedom for all believers in the country. Moreover, the decision of the Nigerian government to declare IMN officially as a terrorist organisation is illegal and unconstitutional. It is a blatant infringement on the freedom of religion guaranteed under the Nigerian Constitution. This is a blatant violation of the human rights of Shia Muslims in Nigeria, but the government of Muhammadu Buhari does not give a damn.

During the last 5 years, Nigerian authorities have detained and imprisoned the top Shia Scholar, who is the Leader of the Islamic Movement in Nigeria (IMN), and his wife. On different occasions, the courts have ordered that Zakzaky and his wife should be released, but the government, in its usual fashion, has refused to obey the verdict of the courts.

The Nigerian constitution has never been silent on outlining the fundamental human rights of its citizens as enshrined in chapter IV of the 1999 Constitution as amended. “The Constitution in respect to these rights states that “Every person has a right to life, and no one shall be deprived intentionally of his life, save in execution of a criminal offence of which he has been found guilty in Nigeria (Section 33 of the 1999 Constitution) , Tehran times mentioned.

Have Nigerian Shia Muslims ever advocated or engaged in violence?

Shia Muslims in Nigeria has never publicly advocated violence and, violent crackdown on them is unjustified and unacceptable. At the current juncture, they were perfectly within their rights to hold their religious procession and protest and there was no evidence they posed an imminent threat to Nigerian life.