Agra: The iconic Taj Mahal and other historical monuments in Agra will remain closed until further notice as these structures fall within the buffer zone areas of COVID-19, the district officials said on Sunday.

As a result, the monuments such as Taj Mahal, Agra Fort, Akbar tomb and others will remain closed for tourists. The exact date of re-opening has yet not been announced. According to the district magistrate, Prabhu N Singh, 55 new cases have been recorded in 71 containment zones in the district.

“The Taj Mahal, which is in the Taj Ganj police station jurisdiction, is a ‘containment zone’,” a document released by the district authorities said on Sunday.

Earlier, the Union Minister of Tourism and Culture Prahlad Singh Patel had announced that the monuments will open from July 6 with full precautions. The monuments, which attract tourists from across the globe, were closed for over three months due to COVID-19 scare. The closure has dented the revenue the state government generates from the tourist inflow at these monuments.

“I have taken a decision along with the ministry of culture and the ASI to open all monuments from July 6,” Patel had said on July 2. Patel had also stressed that the monuments will be opened in ‘compliance of the state and district administration’.

It may be noted that the ASI has over 3000 monuments under its jurisdiction. In June, the Culture Ministry had opened 820 monuments where religious events are organised. Taj Mahal, one of the New Seven Wonders of the World, is one of the most sought-after tourist destinations in the country.

On Sunday, India recorded the highest daily surge in COVID-19 cases. According to the data released by the Union Health Ministry, the country reported just under 25,000 cases and 613 deaths in 24 hours. The Sunday tally took India’s COVID-19 count to 6.73 lakh and death toll to 19,268. 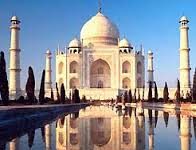 Shiv Sena Threatens to Perform ‘Aarti’ at the Monument 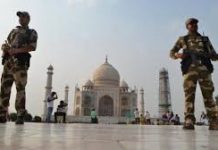 Supreme Court order, namaz can only be offered on Fridays by local residents in Taj Mahal

ASI ban: TMIC offered namaz at the mosque inside the Taj Mahal