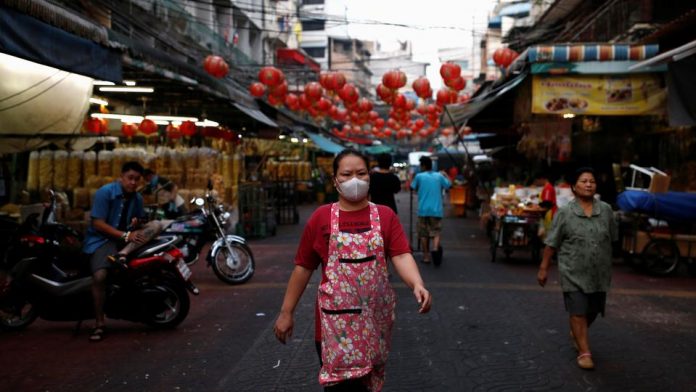 Here are the places that have confirmed cases of the 2019 novel coronavirus:

As of Sunday, 14,380 people have been infected across China, the majority in and around Wuhan.

Most of the 304 who have died were in that region, but officials have confirmed multiple deaths elsewhere, including in the capital Beijing.

Twelve patients have been confirmed in Australia. Most of them arrived in the country from Wuhan or Hubei province.

Cambodia’s health ministry has so far reported one case, a 60-year-old man who arrived from Wuhan.

In Hong Kong, 14 people are known to have the disease.

India’s health ministry on Sunday confirmed the country’s second case, which like the first, is in the southern state of Kerala. The ministry said the new case is being treated in isolation at a hospital.

Japan’s health ministry reported three new cases on Saturday, bringing the num ber of infections in the country to 20, including two cases of human-to-human transmission.

The new cases were three people who returned from Wuhan on government-chartered flights.

Nepal has reported one case so far: a man who arrived from Wuhan.

The Philippines on Sunday reported the first death from the virus outside mainland China.

Authorities said the 44-year-old Chinese man had arrived in the Philippines from Wuhan.

The first case detected in the Philippines was a 38-year-old woman who had arrived with that man from Wuhan. She is recovering in hospital.

The three latest cases were reported on Sunday.

Sri Lanka has confirmed one infection — a 43-year-old Chinese tourist from Hubei province.

Taiwan has uncovered 10 cases so far, including two female Chinese nationals in their 70s who arrived in the country as part of a tour group.

Vietnam reported one more case on Saturday, taking the total in the country to six. State media said the latest case is a 25-year-old hotel receptionist in central Khanh Hoa province.

The United States has confirmed eight cases: three in California, two in Illinois, one in Arizona, one in Massachusetts and one in Washington state.

British health officials on Friday announced that two people had tested positive for the virus, the country’s first confirmed cases.

A tourist from Wuhan tested positive for the virus on Wednesday and was being treated in isolation in hospital, officials said.

There are six known cases in France, the first European country to be affected.

Sweden on Friday announced its first case, a woman whose nationality has not been revealed.

Spain reported its first case late on Friday in a man on the island of La Gomera in the Canaries.

He was one of five people isolated after coming into contact with a German man with the illness.

UAE health officials have confirmed a Chinese family of four tested positive for the virus after arriving from Wuhan.Source: AFP 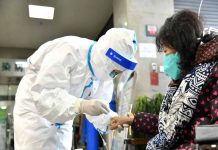 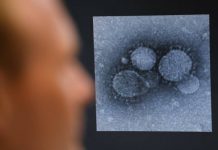