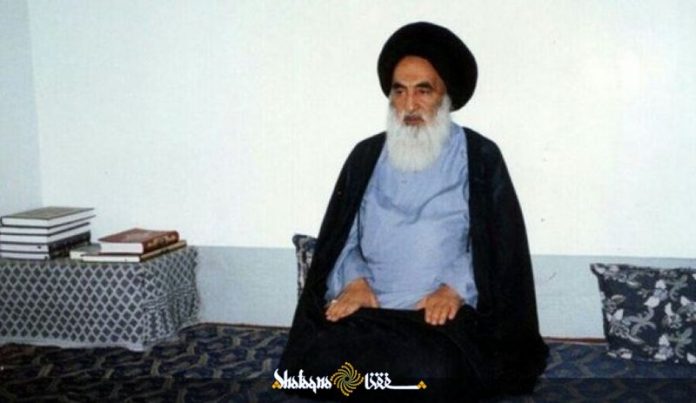 SHAFAQNA- The Grand Ayatollah Sistani answered a question about the Muharram ritual and the mourning ceremony of Hazrat Aba Abdullah (A.S) in the days of Corona.

According to Shafaqna, the texts of the question and answer are as follows:

In the name of God

As the holy month of Muharram and the anniversary of the Karbala tragedy approach, and due to the continuation of Corona disease and the emphasis of relevant officials on the need to avoid large gatherings, especially indoor places, many believers are eager to continue the usual mourning ceremonies and they are asking what is deserved to be done about holding the mourning ceremonies for Hazrat Sayyid al-Shuhada (A.S) and his family and companions (Peace be upon them).
You are requested to help in this regard. Thanks a lot.

A group of believers- Najaf Ashraf

In the Name of God, The Most Compassionate, The Most Merciful

As Salam Ala Al Hussain wa ala Ali Ibn Al Hussain wa ala Awlad Al Hussain wa ala ashab Al Hussain
There are different ways to express sorrow on this painful occasion, and to express sympathy with the Holy Prophet (PBUH) and his pure family in this great calamity that has befallen to Islam and Muslims; These include:
1- Significant increase in the live broadcast of the ceremonies of Imam Hussain (A.S) through television channels and social media; To this end, it is appropriate for religious and cultural centers and institutions to be coordinate with prominent preachers and eulogizers, as well as to encourage believers to listen to and use the lectures and eulogies in their homes and places like that.

2- Holding house ceremonies at certain hours of the night or day; In such a way that only family members and those who visit often could attend and listen to some mourning programs, even the ceremonies which are broadcast live on satellite channels or on the social media.
But in public ceremonies, all health instructions must be strictly observed; which means social distance should be considered between attendees and they have to use protective face masks and other accessories to prevent the spread of Coronavirus.

In this case, it is also necessary to suffice the number of attendees equal to the criteria set by the relevant authorities, which of course varies depending on the ceremony held indoors or outdoors, and depending on the extent of the spread of the virus in different cities.

3- Widespread distribution of Ashura symbols, and raising black flags in squares, streets, alleys and other public places, while not violating the sanctity of private properties and the like, and following the current laws in the country. Of course, it is appropriate to include in these symbols parts of the words of Imam Hussain(A.S) about his great reformist movement and the masterpieces of the said poems and texts about the tragedy of Karbala.

In the field of conventional foods for this occasion, it is necessary to consider the necessary health observations in their production and distribution; even if observing these issues will make it enough to prepare only dry food and deliver it to the houses of the believers in order to avoid crowds during the distribution.
May God bless everyone in reviving this important occasion and mourning for Imam Hussain (Peace and blessings of Allah be upon him) in accordance with the existing conditions. 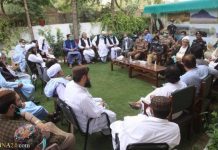 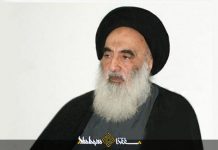 The Grand Ayatollah Sistani’s office announced Sunday as the last day of Ramadan and Monday as Eid Al-Fitr in Middle East, Britain, Scandinavia &... 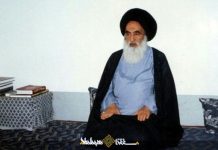