Over six months ago in September 2020, a 19-year-old Dalit woman was brutally gang-raped by the “upper-caste” men in Hathras district of Uttar Pradesh, and a month later succumbed to her injuries in a hospital in Delhi. Despite insidious efforts of impunity by the state, the accused were arrested. However, the family including other Dalits in the village continue to experience the endemic of caste discrimination. The village remains divided along the caste lines with “lower-castes” living on the periphery struggling to fight against the pernicious system.

Caste discrimination and violence emanate from the orthodoxy of the Indian caste system that is held as sacrosanct. It refers to the classification of people into four groups or Varnas: the Brahmins on the top, which consists of priests and teachers, followed by the Kshtriyas or the warriors, the Vaishiyas or the merchants and the last group the Shudras considered as outcastes. Shudras traditionally referred to as ‘untouchables’, now collectively known as Dalitsare singularly positioned at the bottom of the caste hierarchy. They are marginalised on the pretext of maintaining status quo in the society and are forced to live under deplorable conditions with little or no access to health, education and sanitation. Their socio-economic vulnerability and lack of political voice increase their exposure to potentially violent situations while simultaneously reducing their ability to escape.

In the similar vein, the question that writ large is, how long would the scourge of the caste system traumatise the Dalit community that makeup16.2% of India’s total population. Being relegated to the bottom of the class, caste and gender hierarchies, they form a majority of the landless labours and manual scavengers and their vulnerability is appropriated by those in power. The reason why the Hathras Case allured a lot of controversies was that the state agencies played an essential role in shielding perpetrators and launching fake propaganda of victimisation. This reaffirmation of the upper-caste hegemony by the state violates the domestic law as well as India’s obligation under International law. Hence, it becomes imperative to understand the relationship between caste and racial discrimination against the backdrop of international law.

Violence against Dalits especially women  is used as a tool to inflict political lessons and crush dissents and labour movements for transgressing the caste hierarchies. The Hathras Case of Uttar Pradesh is one of such adversities that reveal a perilous side of the Indian social apparatus and the subsequent pattern of impunity. Despite the constitutional guarantee against any form of discrimination specified under the domestic law and the ratification of international covenants on racial discrimination, gender equality and human rights. Such incidents underscore India’s louche stand against discrimination both nationally as well as internationally.

The International Convention on the Elimination of All Forms of Racial Discrimination (ICERD) 1965 as substantiated by India, under its Article -1 states that discrimination based on descent falls under the ambit of ‘racial discrimination’. Hence, applies to matters of caste discrimination also. In the Case of Hathras, there was a serious breach of the convention on various grounds by the police and the government. For instance, the Police did not take cognisance of the rape for eight days after the incident despite the request of the family and was reluctant to help when the victim was taken to the police-station .The family was also exhorted by the district magistrate to change their statement. This misconduct goes against Article 5(a) and Article 5(b)of the Convention on the Elimination of All Forms of Racial Discrimination (CERD) which reads that victim should receive equal treatment before the organs administrating justice and must receive protection against violence respectively. Also, the lack of effective remedies provided by the state breaches Article 6 of the convention.

Further, the police allegedly cremated the victim without the involvement of her family members. It breached Article 2, para 2 of the CERD, which obligate state parties to take measures for prevention and enjoyment of human rights. The Government and police wrought an abhorrent pattern of impunity and State-sponsored Propaganda as they adamantly declined to accept if rape was actually committed simply based on the fact that the forensic report revealed the absence of semen in the body of the deceased. This was approbated despite the fact that forensic evidence can only be found up to 96 hours after the incident and that sample for the case was collected after eleven days. Thus, such impunity to the ‘upper caste’ men by the state organs seriously violates Article-2 and 4 of CERD that state shall not discriminate against the victim and condemn any sort of propaganda based on superiority of the caste respectively.

These actions of the transgression of international law invite state responsibility as codified by the International Law Commission. The Commission elucidates that any such act is attributable to the state if it is committed by State organs, whether central or federal. The International Convention on All the Forms of Racial Discrimination also reflects on the application of domestic law. As Supreme Court of India has held in the case of Karmaa Dojree v. Union of India that the provisions of the Convention are of significance to protect fundamental human rights and must be read into constitutional guarantee against racial discrimination. Thus, what makes the Hathras Case, one of the most controversial cases is the grave violations of international responsibilities and demonstration of ‘upper-class hegemony’ by the state and its agencies.

In 1996, India for the first time highlighted that the term ‘descent’ mentioned under Article 1(1) of the convention does not cover the domain of caste, thus, schedule castes and schedule tribes in India does not come under its purview. However, CERD in its Concluding Observations(2007) stated that the term ‘descent’ not only refers to ‘race’ but also include discrimination against members of community based on various forms of social stratification. The Human Rights Council in its report conducted by the Sub-Commission on the Promotion and Protection of Human Rights (2009) considered caste discrimination as‘ discrimination based on work and descent’. Likewise, the report of the Special Rapporteur on Minority Issues (2016) attempted to explicate caste discrimination and emphasised that ‘while many caste-affected groups may belong to the same larger ethnic, religious or linguistic community, they often share minority like characteristics, particularly their non-dominant and marginalised position and the historic use of the minority like framework to claim their rights.’ This informs us that international law categorically view caste discrimination as a segment of racial discrimination. However, India continues to deny the applicability of the term ‘descent’ as inclusive of caste. The lacuna in the recognition of ‘caste’ as a separate identity and India’s denial despite negation is often considered to have a detrimental impact on a significant population of the country. 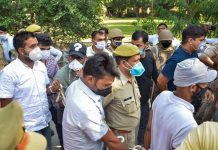 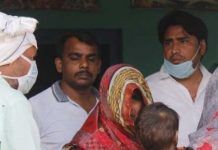