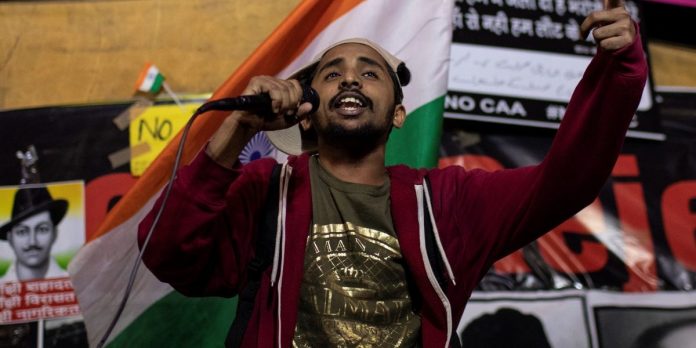 The recent spate of protests by students against the Citizenship (Amendment) Act (CAA) and National Register of Citizens (NRC) has sparked an interest in youth activism and student politics, and their role in postcolonial Indian history.

An area otherwise neglected by historians for long, as admitted by scholar Ghanshyam Shah, has become a part of popular conversation since 2016, after agitations broke out at the Jawaharlal Nehru University (JNU) and University of Hyderabad. In such a context, it is important to ask the kind of question raised by JNU professor Surajit Mazumdar, “Does the current upsurge in student protests indicate the advent of a new phase in the history of the student movement in independent India?”

While a definitive answer can only be given in time, it does encourage a more careful look at student protests across India, post-1947. Early instances of student agitations in the postcolonial context can be traced to movements such as the demand for linguistic states in the 1950s (in Odisha, and even leading to the creation of Andhra Pradesh and later Telangana) and the Madras anti-Hindi agitation of 1965.

Historically speaking, the three major universities of Uttar Pradesh – Banaras, Aligarh and Allahabad – have also been major centres of student unrest and agitation, as pointed out by Subas Chandra Hazary.

However, one of the first major moments of radical pan-India student politics is the Naxalite movement. What started on May 25, 1967 as a peasant uprising in a small village of West Bengal – Naxalbari – became a byword for revolutionary zeal inspiring an entire generation of students in the late 1960s.

The Naxalite movement engaged support across the country – Bihar, West Bengal, Andhra Pradesh, Orissa, etc. – with ‘Andhra Naxalites’ being active in the regions of Telangana and Srikakulam. The romance of revolutionary fervour even impacted urbane and middle-class students such as Dileep Simeon (academician) and Rajiv Kumar (NITI Aayog vice-chairman) to leave elite institutions like the St Stephen’s College to become part of the Naxalite movement.

The next milestone for radical student politics was the Emergency. An entire generation of India’s political leaders emerged from the Jayaprakash Narayan (JP) movement against the Emergency declared by then Prime Minister Indira Gandhi on June 25, 1975. Lalu Prasad, Nitish Kumar and Ram Vilas Paswan are in that sense JP’s children and the very genesis of the JP movement lay in student agitations in Gujarat known as the ‘Navnirman Andolan’ (Reconstruction Movement) in 1974. The movement began due to a hike in hostel food fees in Gujarat colleges and universities. Moved by JP’s call for ‘sampoorna kranti’ (total revolution), a number of students – including the current home minister and prime minister – cut their political teeth during the movement.

The student-backed JP movement was successful in relegating Indira Gandhi to the margins of Indian democracy and installing the first non-Congress government at the centre. A September 1977 image of Sitaram Yechury as the JNU Students’ Union leader confronting the then chancellor Indira Gandhi, along with George Fernandes’ defiant pose are some of the iconic images from the period.

The post-Emergency period of the 1980s saw a militant turn in student politics and activism with the Assam agitation and the Punjab problem. Many students in Assam were mobilised on the question of protecting indigenous Assamese identity. The Assam agitation is considered a landmark student agitation in Indian history. Some of the participants like former All Assam Students Union (AASU) president Prafulla Kumar Mahanta made the overnight transition from university hostels to the state assembly. The Assam Accord – signed on August 15, 1985 between the AASU and the Central government – marked the end of the agitation. The National Register of Citizens in the state is an outcome of this movement and the subsequent accord.

The Sikh militancy also mobilised several young men who took up arms against the Indian state, demanding a separate Sikh state or Khalistan. As historian Shruti Kapila points out in the context of the youth militancy, “A postcolonial Punjabi politics of seditious militancy effectively brought the Indian State to its knees…”

From the bloodbath that was the 1980s, we move to instances of students literally putting themselves on fire in the 1990s, during the Mandal agitation. In the light of the implementation of the recommendations of the Socially and Educationally Backward Classes Commission (SEBC), or Mandal Commission, by the V.P. Singh government, a series of anti-Mandal protests largely led by upper-caste students hit the Hindi heartland. The figure of Rajiv Goswami, a young upper-caste student, immolating himself became emblematic of the Mandal protests. The Ram Mandir movement and neoliberal market reforms along with the Mandal agitation shaped the politics of the Hindi heartland for the next quarter of the century.

The last phase of student movements or agitations chronologically falls within what Khaliq Parkar of JNU calls ‘post-liberalisation student movements and agitations’. These include the spate of protests against the CAA and NRC but can be traced to the JNU agitation of February 2016 and the agitation against Rohith Vemula’s suicide at University of Hyderabad. Another major student agitation that led to the creation of a new state was the Telangana movement. Though spearheaded by K. Chandrashekhar Rao and the Telangana Rashtriya Samiti (TRS), it was largely a student-driven agitation witnessing jail-bharo (fill the jails) campaigns, particularly from Osmania University and University of Hyderabad.

The contribution of the young (as a segment) to the Indian democracy is as pivotal as perhaps that of the peasants, tribals, and backward and lower castes, and one cannot, therefore, afford to neglect it. As Hazary points out, in “the postcolonial context students have largely been mobilised on the basis of local grievances and campus politics as opposed to the colonial context where the objective was national liberation or Independence”. Today’s students protesting against the CAA and NRC find themselves part of a momentous historical moment. However, whether this moment marks the beginning of a new chapter in the history of student politics is a question for future historians.

This article is part of Saha Sutra on www.sahapedia.org, the digital library of Indian culture.

Madhav Nayar has completed his master’s in Modern South Asian History from SOAS. His dissertation research focussed on Student Protest and Resistance in Colonial Amritsar and Lahore: 1918–1922. He has also contributed articles for The Wire, The Scroll, The Hindu and Live Wire.