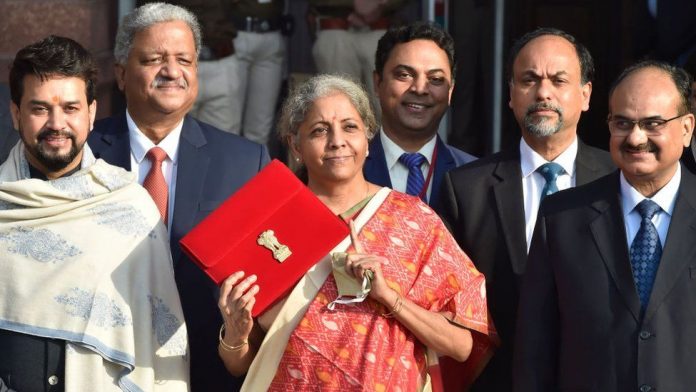 India’s much-awaited annual budget – in a year when the country faces its deepest recession – comes amid huge expectations.

Covid-19 has ravaged the country, shrunk its GDP, sent unemployment soaring and added to the distress of a banking sector that was already in crisis.

Outlays in key areas such as healthcare and infrastructure have been ratcheted up to spur economic activity. Given that there is no increase in direct taxes, this exacerbates India’s delicate fiscal position.

India’s fiscal deficit – the gap between its revenue and expenditure – for the current financial year is set to rise to 9.5%, the highest since the country opened its markets to the world in 1991.

For 2021-22, the deficit is being targeted at 6.8%, significantly higher than the consensus estimate of 5.6%. Ms Sitharaman said the goal was to halve it in the next five years.

Here are the big takeaways from the budget

At just over $30bn (£21bn), India’s overall health budget has more than doubled. This is a massive boost for India’s health sector, which has long been under-funded, receiving just about 1.3% of GDP.

A medical staff wearing a facemask poses in an isolation ward at a newly inaugurated hospital by the Tamil Nadu state during a government-imposed nationwide lockdown as a preventive measure against the COVID-19 coronavirus, in Chennai on March 27, 2020.
More than $8.5bn has been earmarked to upgrade healthcare infrastructure at the primary, secondary and tertiary level over a period of six years.

The government has already committed another $4.8bn to India’s Covid vaccination programme, the world’s largest drive, which will extend to more than 1.3 billion people.

Ms Sitharaman said the government would increase the funds if necessary, although it is still unclear if it plans to pay for vaccinating the entire population.

India is still in the first phase of the drive, which is restricted to frontline workers, and is expected to cost some $2bn.

Infrastructure gets a boost

A new Development Finance Institution (DFI), with a starting capital of $2.7bn, will be set up to help fund large-scale infrastructure projects. This is expected to kickstart spending and offer some relief to banks, which are reeling from a mountain of debt.

Also in the works is an asset reconstruction and management company or a “bad bank” that will take on unpaid debt from existing banks to free up their lending capacity.

National highway projects and infrastructure corridors have been cleared in poll-bound states such as Tamil Nadu, Kerala, Assam and West Bengal. And a scheme has been announced to set up textile parks across the country.

Overall spending on infrastructure is up sharply by 35%.

An ambitious plan for disinvestment

She added that the government plans to sell off a clutch of public sector companies, including the debt-laden national carrier, Air India, by the end of financial year 2021-22.

In a move that experts are touting as a major reform, two public banks and an insurance company will be privatised.

The stock markets welcomed the announcements, clocking gains in excess of 4.5%.

Experts are also predicting a sharp rebound in India’s economy – which is now projected to contract 7.7% in the current financial year, but grow at 11% levels in 2021-22, making it among the fastest growing economies in the world. The sharp rebound comes from a much lower base, given that GDP entered the negative zone in 2020-21.

“Overall, the reform announcements are positive, and the enhanced focus on capital expenditure is welcome,” said Aurodeep Nandi, an India analyst at Nomura.

“However the key question is that while the ball is aimed for the boundary line of growth, will it get caught by a negative rating action?” 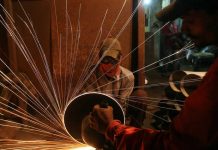