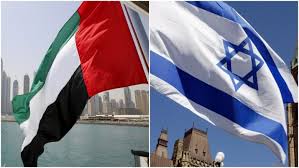 Israeli government has long-standing foreign policy and economic considerations in its pursuing of normalization with the United Arab Emirates. Moreover, while Netanyahu’s political fortunes had been waning, this agreement will solidify the position of Israeli Prime Minister in his domestic politics.

No matter how one reads the diplomatic deal between Israel and the United Arab Emirates, there is one conclusion that seems irrefutable: Israel was the biggest victor. It’s cold, hard political opportunism taken at the expense of Palestinians.

The agreement will reap strategic benefits for Israel:

First, in Israel’s political scene, UAE-Israel deal is expected to strengthen the Netanyahu-Gantz coalition government, whose stability had been shaky in recent weeks.

Infighting among the coalition government on other issues, such as the government budget, persists, while virus cases surge and unemployment reaches historic levels. The pandemic’s continuing toll on the economy, coupled with Netanyahu’s corruption trial, has led to mass protests against the government and counter-protests to match.

Second, Apart from the immediate boost for Netanyahu, the agreement is considered a victory for Israel’s decades-long effort to secure diplomatic recognition from Arab governments.

Region-wide recognition and economic integration have been two of Israel’s central goals in its 72-year existence, apcoworldwide told.

An Israeli general spoke about the benefits that the occupation will reap from the formal normalization of relations with the UAE and, pointed out that “thanks to the agreement with the Emirates, Israel is taking a big step towards one of its long-term strategic goals, which is integration in the region, en24news reported.

Third, the deal with the UAE was an elegant way to get out of the annexation mess.

In suspending threats to annex parts of the West Bank in return for full normalization of relations with the UAE, Netanyahu has given himself room to back away from a promise that may have been popular but never realistic, mei.edu  mentioned.

And why would Israeli Prime Minister Netanyahu promise to temper his territorial ambitions for a Greater Israel in exchange for open diplomatic ties with a small Gulf state? He hasn’t. He has only pledged to “suspend” his annexation plans. Postponing annexation for a little while—until after November—in order to have the UAE and maybe other Arab Gulf countries, or even a Muslim-majority country on the African continent announce normalized relations, is a much opportunism move, politically.

Netanyahu can then bank the surge in his popularity that will follow for breaking Arab resolve around normalization with Israel and he will spend that cache to win any fourth Israeli election that might soon come , according to Carnegieendowment.org. Most assuredly, he will use it to carry him over until after the U.S. election in November when he can freely annex the West Bank once and for all. 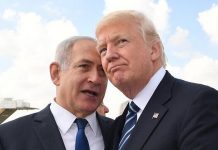 UAE-Israel deal : Escalation of the cold war with Iran 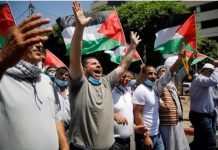 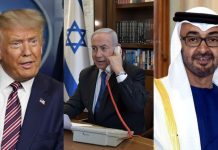