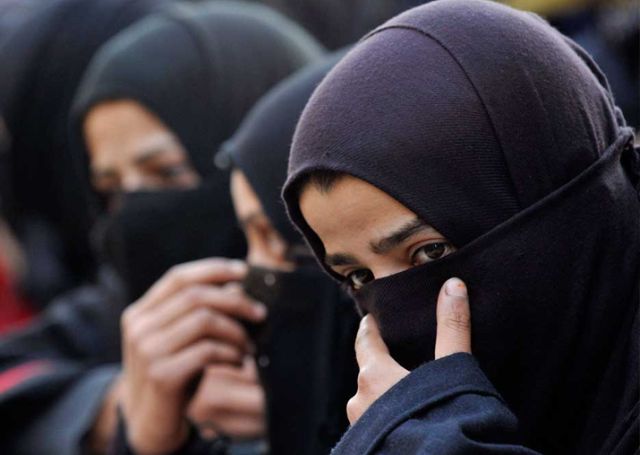 UP minister Raghuraj Singh has kicked up another controversy by demanding a ban on burqas worn by Muslim women.

The minister said that burqas were being used by ”terrorists” to conceal their identity, apparently in reference to protests by women protesting against CAA in the Shahjamal area in Agra.

The minister further explained that wearing a burqa started in Arabian countries and is not an Indian custom. He added India should ban its use and pointed out that even Sri Lanka had banned it after a series of bomb blasts ripped the country last year, leaving many dead and injuring scores of people.

Reacting to Congress leader Rahul Gandhi”s remark that “youth will hit him (Prime Minister Narendra Modi) with sticks”, Raghuraj Singh said Modi and Yogi Adityanath are the icons of the nation and no one will tolerate such talk.

This is not the first time when the minister has made a controversial statement. He had earlier said people raising slogans against Prime Minster Narendra Modi and Uttar Pradesh chief minister Yogi Adityanath “would be buried alive”. He had said this while addressing a rally in Aligarh to create awareness about the CAA.

He had also said that anti-national elements will ”die a dog”s death”.IANS