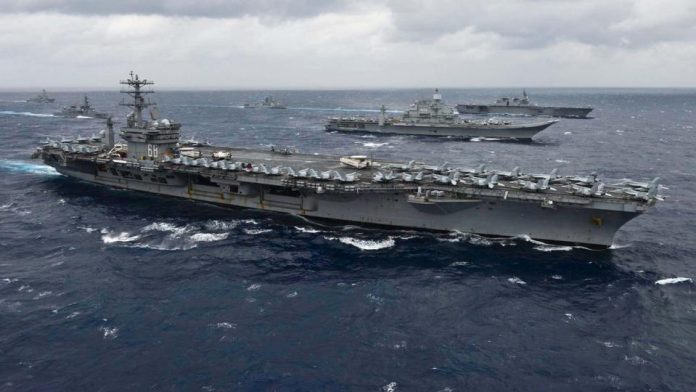 The United States government has declassified its 2018 Indo-Pacific strategy for unknown reasons, although it was initially set to be released to the public at the end of 2042. Over the last three years, this National Security Council strategy has guided American manoeuvres and policy in a region extending from the United State’s Pacific Coast all the way to India. At its heart, the strategy reveals a deep concern with China’s rising influence in the Western and Central Pacific. It also highlights plans to deal with an increasingly belligerent North Korea, while seeking to strengthen India to counter Chinese military power.

The strategy was initially devised throughout 2017, going on to be approved and enforced by President Donald Trump in 2018 shortly after the US National Defense Strategy was finalised.

While the strategy’s actual authors are not credited in the document, much of the document accurately reflects the White House’s actions in the region for the last three years. Most interestingly, it summarizes US interests in the region, as seen in the following segment:

The strategy goes on to share rare insights into how the US perceives its opponents and allies in the region, specifically India, China and North Korea.

China enjoys growing dominance in the Indo-Pacific, something US strategists continue to take note of. Specifically, this has led to a recognition that China is the United State’s primary adversary and strategic opponent in the area.

The strategy dives into how to maintain the US strategic edge “and promote a liberal economic order while preventing China from establishing new, illiberal spheres of influence, and cultivating areas of cooperation to promote regional peace and prosperity.” It also emphasizes that “China will circumvent international rules and norms to gain an advantage” in a strategic face-off between the two powers.

While the strategy doesn’t specifically mention the paths China follows to further its dominance in the region, it does cite China’s increasing use of “digital surveillance, information controls, and influence operations [that] will damage U.S. efforts to promote our values and national interests,” not only in the Indo-Pacific but also within the Western hemisphere itself.

Parallel to the strategy, the US government and military have consistently sounded alarms over China’s expanding nuclear arsenal, long-range ballistic and cruise missile capabilities, and the resurgence of its naval fleet.

So how does the US plan to counter China?

Broadly speaking, it aims to build US capabilities until they are “capable of, but not limited to” denying China control of the air and the sea in the “first island chain”, referring to a string of Pacific islands surrounding China that include Russia’s Kamchatka peninsula, Japan, Taiwan, Philippines, Malaysia and Vietnam. China claims most of these waters. Second, it emphasizes the strategy emphasizes the need to defend the first island chain, and dominate all areas outside it.

While the document does not mention the South China sea dispute, it reflects a concern over China’s claims there and in other parts of the Western Pacific.

The South China Sea and Western Pacific as a whole have seen a tremendous increase in Chinese military activity, but also activities by the US and its allies in the region.

Nuke kid on the block

After identifying China as a primary strategic concern, the strategy turns its attention to North Korea. Threatened by its multiple missile launches in 2017 including one missile that flew over Japan, the strategy acknowledges the rapid technological advances North Korea realized in its missile technology.

The strategy distinctly states that North Korea’s “stated intention of subjugating South Korea,” taken with its nuclear missiles, “pose a grave threat to the US . . . and our allies.”

But unacknowledged by the strategy was Trump’s aggressive stance against North Korea in 2017 well before the strategy was approved. At one point, this included an implicit threat to use nuclear weapons on North Korea. The strategy in question was formed as US-North Korea ties moved towards a pause leading to a meeting between Kim Jong Un and US President Trump, and an easing of ties between North and South Korea.

North Korea State News
North Korea State News ()
The 2018 document also tactically identifies Japan and South Korea as partners that can play a key role in fulfilling US objectives pertaining to North Korea. Specifically, these are summarized as not only removing its nuclear capability, but eliminating cyber and biological weapons from its arsenal. How? By helping both South Korea and Japan gain access to “advanced military capabilities”, and strengthening their bilateral ties. Other more specific details and initiatives are redacted.

But at the center of the US approach to North Korea is convincing its regime “that the only path to its survival is to relinquish its nuclear weapons.” To achieve this, the strategy opts for putting North Korea under economic, diplomatic, military, and legal pressure. Negotiations are presented as a last resort.

This also reflects the approach taken by Bill Burns, President-elect Biden’s nominee for next director of the Central Intelligence Agency.

India features prominently in US strategic plans for the region. Specifically, the strategy seeks to build a “quadrilateral security framework with India, Japan, Australia” and the US. The four-cornered strategy wants to use “a strong India” to “counterbalance China.”

This comes after pointing out that India is already able to “counter border provocations by China.” It should be noted that the strategy was passed before India-China skirmishes in the Doklam region.

Interestingly, the strategy makes no mention of Pakistan at all in spite of its close ties to China. It further defines a key need to “accelerate India’s rise and capacity to serve as a net provider of security and Major Defense Partner; solidify an enduring strategic partnership with India underpinned by a strong Indian military able to effectively collaborate with the United States and our partners in the region to address shared interests.”

Meanwhile, India continues to enjoy large defence procurements from the US, including the F-21 fighter jet. Others have indicated this could be a form of induction to bring India into the F-35 stealth fighter program.

In spite of its bold efforts, much of the strategy’s ambitious objectives have yet to be fulfilled. Chinese power remains on the rise in the region. More critically, efforts to remove nuclear weapons from North Korea have also failed.

But that’s not to say that the strategy went entirely unfulfilled. The US Navy is set to create a new fleet to cover the Western Pacific. ‘Freedom of Navigation’ deployments to the region are increasing, along with the major US efforts to arm Taiwan.

While the strategy reflects Trump’s legacy, it’s approach may still shape coming US strategy as Biden’s new administration seeks to contend with China and North Korea. 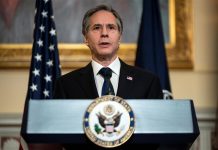 US for Indian role in Afghan peace process