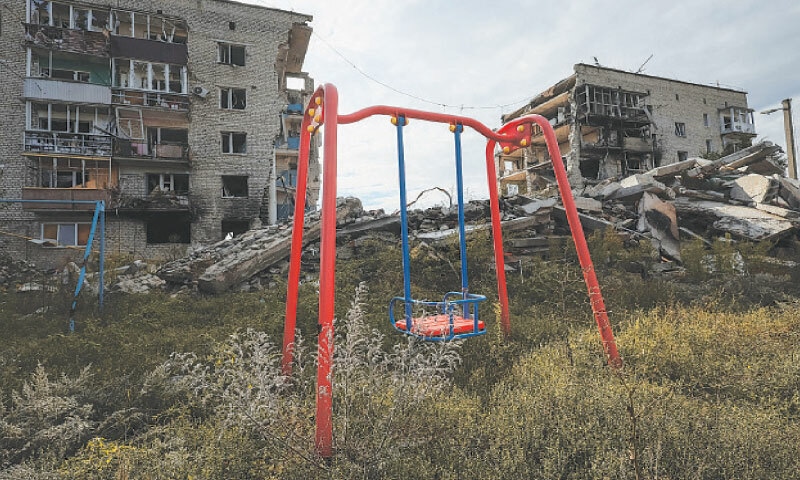 US warns Russia against using N-weapons

Amid a counter-offensive by Moscow with fresh strikes in several regions of Ukraine after Vladimir Putin’s claim that the plan is not subject to adjustment, US President Joe Biden has warned his Russian counterpart against using chemical or tactical nuclear weapons in the wake of serious losses.

“Don’t. Don’t. Don’t,” Biden said, in an excerpt from an interview with CBS’ “60 Minutes” aired Friday evening. “You would change the face of war unlike anything since World War II,” he said.

“They will become more of a pariah in the world, more than they have ever been,” the US leader added.

Moscow is facing fresh outrage from the West after the discovery of a mass grave outside the formerly Russian-occupied city of Izyum.

The Czech Republic on Saturday called for the establishment of an international tribunal for war crimes after new mass graves were found in Ukraine.

“In the 21st century, such attacks against the civilian population are unt­h­inkable and abhorrent,” Czech For­eign Minister Jan Lipavsky tweeted.

A power line of the Zaporizhzhia nuclear power plant has been repaired and is once again supplying the plant with electricity, the UN nuclear watchdog said on Saturday.

“With the main line’s reconnection yesterday afternoon, the three back-up power lines are again being held in reserve,” the International Atomic Energy Agency said in a statement.

In a first, Saudi Arabia introduces yoga in...