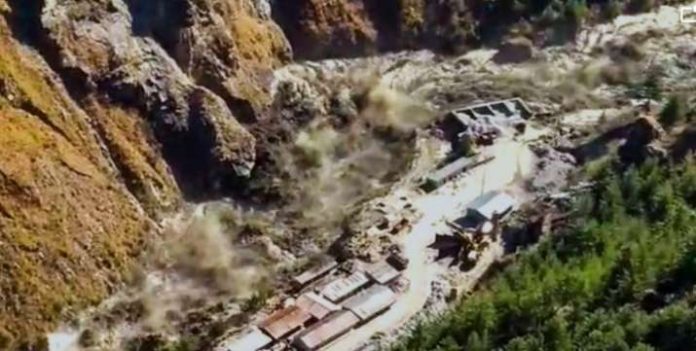 What caused the sudden deluge in Uttarakhand? While experts continue to battle out the reasons for the flash floods, some leading climate scientists believe it to be a rare incident of a glacial burst, which may be “a climate change event”. Meanwhile, a multi-agency operation to rescue an estimated 34 people trapped inside a big tunnel at Tapovan is being carried out after the glacier burst-triggered deluge killed 11 people in Uttarakhand’s Chamoli district while over 202 are missing. At least 12 workers were rescued from a smaller tunnel in this area by ITBP on Sunday evening.

Mohd Farooq Azam, an Assistant Professor at IIT Indore, told IANS that satellite and Google Earth images did not show a glacial lake near the region but said there is a possibility that there may be a water pocket, or lake inside the glacier, in the region that may have erupted leading to the disaster. “We need further analysis, weather reports and data to confirm if this indeed was the case. It is unlikely that this was a cloudburst since weather reports in Chamoli district show sunny weather till today with no record of precipitation,” he said.

“There is no doubt that global warming has resulted in the warming of the region. Climate change driven erratic weather patterns like increased snowfall and rainfall, and warmer winters have led to the melting point of a lot of snow falling. The thermal profile of ice is increasing…. where earlier the temperature of ice ranged from minus six to minus 20 degree Celsius, it is now minus two, making it more susceptible to melting,” he said.

Anjal Prakash, Research Director and Adjunct Associate Professor at the Indian School of Business in Hyderabad, said prima facie this looks very much like a climate change event. “The IPCC’s Special Report on Oceans and Cryosphere in a Changing Climate reports that climate change has altered the frequency and magnitude of natural hazards. The scientists reported with medium confidence that in some regions, snow avalanches involving wet snow have increased, while the rain on snow floods have also increased at lower elevations in springs,” Prakash told IANS. “We do not have the data now to give you information on what has caused the avalanche in Chamoli district but what we know, prima facie, is that this looks very much like a climate change event as the glaciers are melting due to global warming.”

Prakash is an UN’s Intergovernmental Panel on Climate Change (IPCC) author who was Coordinating Lead Author of the special report on Oceans and Cryosphere in 2018 and Lead Author of the ongoing Sixth Assessment Report of the IPCC.

He noted that the impact of global warming on glacial retreat is well documented. “The recent assessment report called the Hindu Kush Himalayan Monitoring and Assessment Programme (HIMAP) report facilitated by ICIMOD has also pointed these out.” The report shows that temperatures are rising in the Hindu-Kush Himalayan (HKH) region and the rise in global temperature will have more impact in the Himalayan region due to elevation-dependent warming.

“If the world can keep the temperature rise to below 1.5 degrees Celsius, in the HKH region, it would translate to at least a rise of 1.8 degrees, and in some places, above 2.2 degrees. Himalayan regions are also the least monitored region and this event actually shows how vulnerable we could be.

“I would request the government to spend more resources in monitoring the region better so that we have more information about the change process. The result would be that we are more aware and could develop better adaptation practices.

“In the valley it formed a lake which burst later and caused the damage. The data is being analysed by our scientists in detail and if required, they would again go to get more details,” he further said. 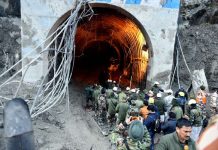 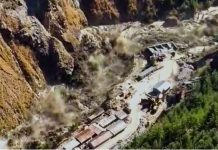 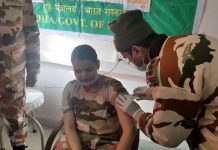