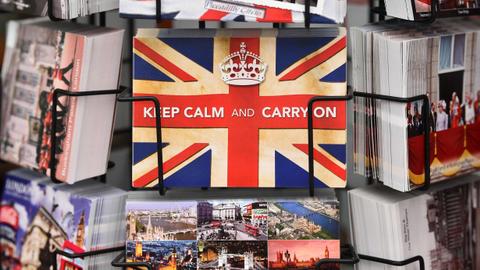 Britain’s divorce from the EU is the natural culmination of a long and uneasy membership.

The UK’s relationship with the EU has taken an exceptionally heavy political toll and exposed deep cleavages in British society but it will also leave a mark on the Brussels project.

As the first country to leave the EU and the second-largest economy, the bloc will take years to recover from the psychological blow, but a look back at the relationship between the two sides shows they have always been uneasy bedfellows.

Britain’s volatile and awkward relationship with the EU was parodied by the famous satirical political show “Yes Minister,” where a British bureaucrat explains to a newly elected minister London’s relationship with continental Europe.

“The Foreign Office is pro-Europe because it’s so anti-Europe. Britain has had the same foreign objective policy for at least the last 500 years; to create a disunited Europe,” says Sir Humphrey Appleby a British bureaucrat.

“We tried to break it up from the outside, but that wouldn’t work. Now that we’re inside we can make a complete pig’s breakfast of the whole thing,” adds Appleby triumphantly.

The show was first aired in 1980 but in many ways, it rings true today.

British media and consecutive governments have often advocated for a “wider but not deeper” EU fearing it would inextricably draw the country into a deeper integration. It’s for this reason London advocated for 10 Eastern European countries to join the bloc, even as many of those countries were not ready. This attempt was widely viewed as a way to weaken the German-Franco influence over the bloc.

Britain has also been one of the most staunch defenders of Turkish membership ambitions to the EU.

The consequences of Britain’s attempts to slow down the EU project ultimately backfired with an influx of migrants from Eastern Europe creating deep social angst amongst voters who felt that the country was no longer in control of its borders.

Britain’s Brexit referendum in 2016 came at a particularly volatile moment for the country still experiencing the aftereffects of the financial crises, corruption in parliament eroding public trust and almost a daily barrage of anti-immigration propaganda by British tabloids creating a toxic mix that cascaded into a feeling that something had to change.

It also brought to the fore other unanswered questions that had been papered over. What was Britain’s place in the world? Britain has been unsure for decades whether it wants a closer relationship with its former colonial possession through the Commonwealth, the US or being part of the EU.

Even as it carved out a unique deal with the EU, it would not join the single currency, it would receive a rebate which meant that Britain recovers half of its contributions to the bloc and it retained veto rights over other important pieces of legislation.

Britain’s relationship with the EU, in many ways, has always been transactional whereas for the continental Europeans the EU project has been a means to stave centuries of bloodshed which has enveloped the continent in regular intervals by binding member states together through trade and shared institutions.

Over and again, Britain has been at odds with EU members states not just when it comes to carving out its own narrow self-interest but also ploughing a different foreign policy even when that undermined the bloc.

One of the most serious crises between the EU and the UK was when Tony Blair took the country to war in Iraq, which many considered illegal.

Germany and France stood firmly against that decision to follow the US into war, ultimately the EU looked disunited and incoherent. British insistence that it would follow its own interests when necessary has always been viewed with scepticism.

An early indication of Britain’s suspicion towards its European neighbours is when the late prime minister Margaret Thatcher lobbied the Soviet leader Mikhail Gorbachev against Germany unification in the dying days of the USSR.

“We do not want a united Germany,” she said. “This would lead to a change to postwar borders, and we cannot allow that because such a development would undermine the stability of the whole international situation and could endanger our security” Thatcher added in correspondence between the two leaders.

Fear of a mighty Germany dominating the continent has concerned British leaders and that psychodrama has also played itself out subtly in Britain’s decision to push ahead with leaving the EU.

This is even as the German daily Zeit melancholically expressed its sadness that the EU project would lose a “pragmatic” pillar that has often tempered French attempts for a closer and more socialist Europe on the one hand, and extreme German cautiousness on the other.

On trade and foreign policy objectives, the divergence between the EU and the UK will emerge slowly over the decades as the two jostle for power. Whether the UK will now be a “global Britain” or Little Britain will be the question on everyone’s minds.Source: TRT World 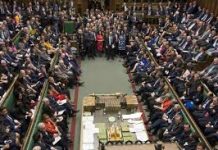 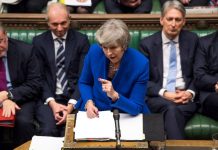 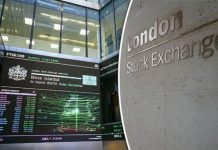