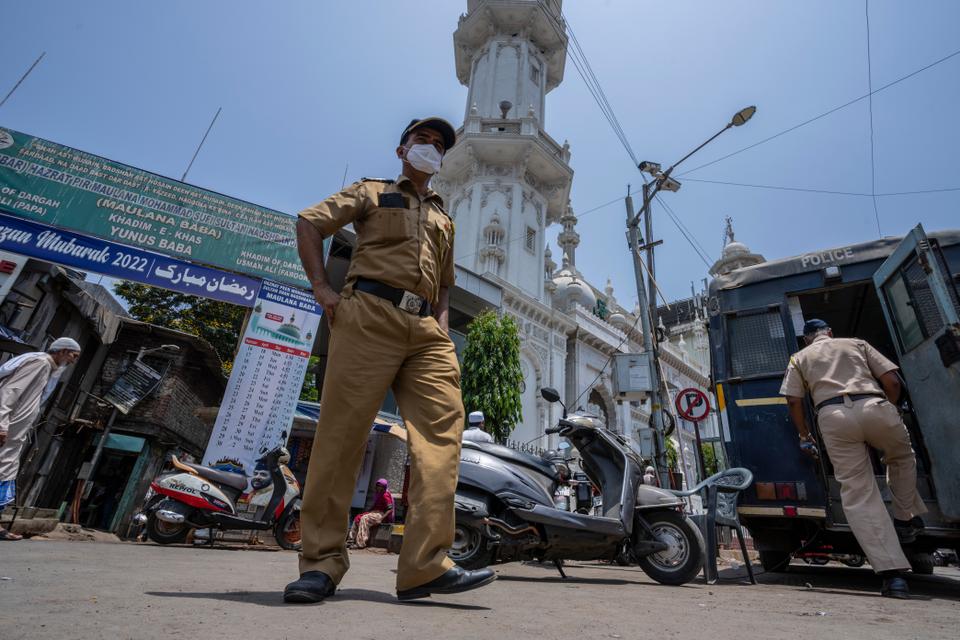 What makes Adhan (Azaan) so important for Muslims?

The Islamic call to prayer is not only a way to express Islamic faith. It is also the way for a Muslim community to declare its presence in a country.
Adhan has long been an inseparable part of the Islamic way of life. It’s a call for Muslims to congregate at the mosques where people – rich and poor, educated and illiterate – all stand together to pray five times a day.

Starting from Prophet Muhammad’s time in the 7th century, adhan, which is recited by a preacher from a mosque, has symbolised the presence of Muslims in its surroundings

After adhan was instituted by Prophet Muhammad in the early Islamic period, “it became one of the symbols of Islam very quickly”, being one of the major expressions of Muslim community’s religious identity, says Usaama al Azami, a British-Muslim academic and a lecturer in Contemporary Islamic Studies at University of Oxford.

“If the adhan was not heard in a community, this was taken by the Prophet Muhammad to indicate the absence of a Muslim congregation in a particular locale,” Azami tells TRT World. Since then Muslims ensure that the call to prayers is announced from the mosques five times a day as a show of their loyalty to Islam and the Prophet.

Due to adhan’s central role in a Muslim’s daily life, any restriction on it is seen as violation of religious rights.

In India, the Hindu nationalist government of Prime Minister Narendra Modi is facing criticism for launching a crackdown against loudspeakers that mosques use for the call for prayers. Mosque administration in different cities have been forced to remove the loudspeakers – some also face police cases for violating the ban.

The restriction on use of loudspeakers for the adhan comes at a time when communal tensions are already high in India where Muslims now regularly complain of facing discrimination in different spheres of life.

An Indian high court also ruled that “the use of loudspeakers from mosques is not a fundamental right” for adhan’s recitation.

Indian policemen patrol outside a mosque in Mumbai after Hindu nationalists have escalated tensions over loudspeakers for Islamic call to prayer.

But many Muslim scholars believe that in modern times it’s necessary to use loudspeakers to let believers know about the timing of daily prayers across crowded neighbourhoods in big cities.

“Thus the suppression of adhan is potentially threatening the Muslim sense of their own communal identity,” says Azami. While loudspeakers are not “an essential component of the adhan” according to the Islamic belief, it’s clear that anti-Islam politics is behind the restriction in India, says Azami.

How adhan became the Islamic call to prayer

Like Muslims, other religious communities also have their own way of calling people to their places of worship. Christians have church bells and Jews use horns to call the faithful for the public prayers. Zoroastrians light fire when it’s time for prayers.

The first Muslims in the 7th century in Medina, a city in Saudi Arabia, debated what was the best way to lure people to their first mosque, Al Masjid an Nabawi, named after Prophet Muhammad.

At the very beginning, the Muslim population in Medina was not large. As a result, they did not need to use a general call to public prayer like other faiths did at the time, according to Nuri Ozcan, a retired academic of divinity faculty at the Marmara University.

“As the numbers of Muslims grew in Medina, where Islam eventually became the dominant religion, a general need to make a public call from a specific place emerged,” Ozcan tells TRT World. Adhan, an Arabic word, is rooted in adhina, another Arabic word, which means “to listen, to hear, be informed about”.

Prophet Muhammad, who generally held discussions with his followers before making a decision on matters of public interest, brought his companions together on how to address the issue of making a general call to community prayers, says Ozcan. “There were various propositions from having a fire to using a bell and blowing a horn.”

But the meeting, which took place in 622 in Medina, ended without any conclusion, Ozcan says. The following night after the meeting Abdullah bin Zayd, one of the Prophet’s companions, saw a dream in which words of adhan were revealed to him, Ozcan says.

“The next morning, he came to the Prophet to explain his dream. The Prophet liked the idea very much saying ‘So beautiful’”.

Zayd’s proposition was not only “beautiful” but also different from other religions’ calls to public prayers, showing the distinguishing character of Islamic faith from others.

After liking the idea of using human voice for calling to public prayer, the Prophet directed Zayd to teach how to recite adhan to Bilal ibn Rabah, a former slave of Abyssinian (Ethiopian) origin and one of the first believers, who converted to Islam in Mecca.

“‘Let Bilal recite adhan because his voice is beautiful’ the Prophet told Zayd, emphasising the importance of beautiful voice to recite to call to prayer,” says Ozcan, who is also an expert on religious music and a reciter of adhan, known as a muezzin.

Bilal recited the first adhan from the roof of a rich woman’s house in Medina, according to various Muslim accounts. It was for a morning prayer.

After that it was Bilal who, recited adhan in his melodious voice because Prophet Muhammad was aware that a soothing recitation will play a crucial role to have both Muslims and non-Muslims warm to the message of Islam, according to Ozcan.

Over the centuries mosque administrations have given special attention to chosen muezzins who have musical voices. “We had people like Hafiz Cemal in the past. When he recited an adhan from the minaret of Istanbul’s Aksaray Valide Mosque, where he was a muezzin, people opened their windows to listen to his beautiful voice. And even horse-drawn trams stopped to respect his recitation,” he says.

Ozcan reminds one of the Prophet Muhammad’s sayings (hadiths) on the importance of adhan’s beauty. “Beautify the Holy Quran with your voice”.

Indian couple sues son, demand grandchild within a year or $650,000