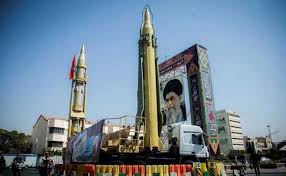 The entire world is gripped with the possibility of a coming war, and the theatre which was assumed to be India-China , is now suddenly getting shifted to the much awaited Iran and Middle-East, which very arguably, has all the potential to turn into a third world-war, as the on-going duel between US president Donald Trump and incumbent president Joseph Biden, may fast turn out to be ‘out-of-hand’ .

Trump supporters have started to march to Washington to protest the allegations of ‘fraud-in-elections’ by Trump and Biden has expressed his grave concerns, for the first time, that ‘more people may die’. If Trump refuses to cooperate on transition’ of power, informed The Guardian on November 17, 2020 1, but amid all the spree, it has come to light that Trump is mulling an attack on Iran, cited BBC on November 17, 2020 2 and has called all his advisors to assuage the options of a strike on nuclear sites of Iran, towards which Iran has vowed a ‘crushing’ response, tells Al Jazeera on November 17, 2020 3.

Trump who is credited not to have started any fresh war, in contrast to a war-mongering image of Biden, in fact had long been pressurised by the Jewish state of Israel to start a war on Iran, in apprehension to the Iranian nuclear programme, in all these last four-years, and now Trump in desperation to please the Israel state, is standing on a very critical moment as a war at this juncture has every possibility to engulf the whole world. Iran has to be decimated on the charges of its nuclear enrichment programme, as after all in the wake of the hoax of weapons of mass destruction claim, Iraq too had to be reduced to ashes, once by George W Bush and the world just saw to be a witness to millions of deaths in Iraq, followed by Afghanistan, Syria, Libya, Yemen etc!

It is worth to recall that Trump in May 2018 had scrapped the US-Iran nuclear deal, which Israel PM Benjamin Netanyahu boasts to have got it done himself, reveals TimesofIsrael on July 17, 2018 4 might not have succumbed to Israel, but in his desperation right now, might out-trigger a war with Iran,  in his next 65 days i.e. until he remains confirmed with the same powers, or else it is also an understandable reality that soon Biden would pick from where Trump would leave. Thus, a war on Iran, to the tunes of Israel, whether be it from Trump or Biden, is therefore likely to come. As Biden had always been a self-professed Zionist, disclosed Scoop.Co.NZ on March 17, 2020 5.

Trump has been overtly pro-Israel as he played an instrumental role into getting UAE, Bahrain, Sudan formalise their ‘relations’ with Israel apart from giving status to ‘Jerusalem’ to be the capital of Israel. He complied with the annexation-plan of West Bank by Israel, and it was also quite conclusive that Trump, if re-elected, will supervise it to happen.  But, Trump to the liking of Israel fell dramatically short of a war! Trump is therefore now searching for moves to placate Israel and has already deployed his US secretary of state, Mike Pompeo, who recently declared that a second-term of Trump is coming, his highest ranking official to visit the ‘Israeli illegal settlements’ in West Bank , which is to provide a legitimate-cover and also to take one more step forward towards the ‘annexation-plan’ of Israel,  although US state department has not confirmed Pompeo itinerary as yet, notified Al Jazeera on November 13, 2020 6 .

Iran as its part of defense mechanism, is also moving to safeguard its boundaries, and therefore, its foreign minister Javed Zarif made a visit to Pakistan on November 10, 2020 to coordinate a response from Pakistan, for US would surely try to seek to use Pakistan Shamsi airbase to bombard Iran, or obviously from its biggest military base in Al Udeid in Qatar.  And, no wonder the chief of Qatar air force, therefore, made a visit to Pakistan on November 17, 2020, to help clear the air that Qatar too would not oblige US in its attack on Iran, as then Iran would also target US base in Qatar, and moreover, Qatar is now firmly with Turkey which is now in a new bloc with Iran, Pakistan, Malaysia-supported by Russia and China. Plus, in one of the biggest deals in history China and Iran have entered into a 25 years 400 billion USD ‘military and trade’ agreement which has sent everything spinning in Middle-East as well as in Israel, US and India. India, ironically, has been made to move out from Iran Chabahar project which even the visits of defense minister Rajnath Singh (September 5, 2020) and external affairs minister S Jaishaker (September 9, 2020)   , could not re-stitch again.

If Trump is to give a go-ahead against Iran, it will most certainly have a fallout on Pakistan and China, who are at daggers-drawn with India over India’s PM Narendra Modi annulment of Article 370, on August 5, 2019, which gave special status JK&L, and it hadn’t been that long enough when Pakistan distanced itself from Kingdom of Saudi Arabia, one year later, after allegations that KSA did not stand with Pakistan on the issue of Kashmir, and therefore, KSA King Salman, response after the visit of Javed Zarif, at the behest of US, was quite predictive as he sought for a ‘decisive-stance’ against Iran, corroborated Al Jazeera on November 12, 2020 7  .

There might be a stealth-fighter attack, or a missile attack from Iraq or even a cyber-attack, as Iran had experienced mystery-fires in July last , when seven of its ships had caught fire , but whatever is to happen is to make it to the advantage of Israel, and India is very firmly with Israel, which ironically has been accorded as a ‘black-sheep’ by Russian president Vladimir Putin in ‘BRICS  family’ on November 17, 2020, according to HindustanTimes 8 , as India has bid adieu to Russia by signing BECA with US, despite when around 70 percent of India’s military wherewithal has a stamp of Russia.

But, despite all if US goes on to attack Iran, China alongside Pakistan, due to CPEC, would also be there to the defense of Iran.   Perhaps, if all this happens, then surely it would be advantage India.  Even if,  when  Biden takes over on January 21, 2021.