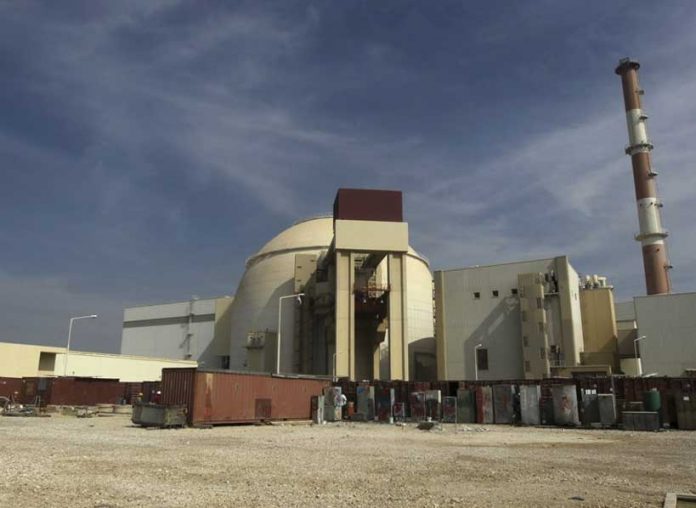 Earlier reports have mentioned Iran’s nuclear scientist Mohsin Fakhrizadeh’s assassination in several ways, but now Iranian officials say he was murdered with the help of a remotely operated machine gun in the middle of the road. has gone.

However, Iran still maintains its stand that Israel is behind his murder. He was murdered on 27 November.

Iran’s reasoning behind this is very simple that Israel is one of the few countries which has enough reason and ability to carry out such attacks on Iran’s soil. But even more general consensus is that Israel has done this before also. In fact, between 2010 and 2012, at least four scientists associated with the Iranian nuclear program have been killed and a fifth scientist was seriously injured in another attack.

But the intelligence agency of Israel, Mossad, does not seem to have carried out these secret operations alone.” Mossad never takes responsibility for such operations, because no one wants to invite a possible Iranian retaliation,” Rez Jimat of Israel’s Institute of National Security Studies says.

“But of course when it comes to Iran and the intelligence operations operating there, especially against the nuclear program, there are very few countries that are interested in it. This is usually done with the cooperation of Mossad and CIA or both.”

Both agencies have been engaged for a long time in trying to derail the Iranian nuclear program with the help of intelligence operations.

Last year, Richard Maher wrote an academic article on the subject in the Journal of Strategic Studies. They talk about this kind of operation from the beginning of this century.

“He first started with an attempt to break the supply chain that Iran relied on for its nuclear program,” says Maher, a professor of international security at Union College Dublin.

He says, “Of course since Iran’s program was running secretly, it could not buy the necessary equipment openly. So it had to resort to intermediary channels. The United States and other countries tried to break this attempt. Sometimes they were successful in breaking it.”

Later, the US and Israel successfully developed the Stuxnet computer worm. It was described as the ‘biggest and most expensive malware’ at that time.

Its real purpose was to target the Iranian Natanz nuclear plant. Between 2007 and 2010, there were several cyber attacks on this plant which estimated that its fifth centrifuge was closed. Nuclear scientist Masood Ali Mohammed was killed in a motorcycle bomb blast in January 2010. He was the first of the four nuclear scientists who were killed.

In the two years that followed, three more scientists were killed. On November 27, 2010, another nuclear scientist Majid Shahriari was killed in a bomb blast in his car. In another similar incident on the same day, his partner Faradoon Abbasi was seriously injured. In July 2011, physicist Darius Rezinzad was shot and killed in front of his house. And the following year, in January 2012, Mustafa Ahmadi Roshan was killed in another bomb blast.

Stepping Back and Starting Again

Richard Maher says, “The common understanding is that Israel was behind these murders. America probably had nothing to do with it.” However, in January 2015, Iran claimed that its attempt to assassinate a scientist had been foiled. Experts say that the intelligence operation was reduced that year due to the signing of the nuclear deal. In early 2018, Mossad managed to get many documents related to the Iranian nuclear program from where it was hidden. In the year 2020, there has been an unprecedented increase in intelligence operations. In the summer of this year there was a mysterious explosion at the Natanz nuclear plant. Iran also holds Mossad responsible for this. Mohsin Fakhrizadeh was also killed this year. His documents were stolen two years ago. He was also the director of the AMAD project. It was a secret initiative initiated by Iran to make nuclear weapons, which Iran stopped in 2003. This was seen as Iran’s withdrawal from its nuclear program as the US decided to withdraw from it under the nuclear deal.

Professor Philip C. Bleek of the Middlebury Institute for International Studies says, “It is very difficult to assess the impact of these efforts by Israel on killing those associated with Iran’s nuclear program.” In the case of science and technology experience, their compensation is almost possible, but as far as leadership and administrative capacity are concerned, it will certainly not be so easy to fill the gap because few people have this capability.” Professor Blyk further adds, “Mohsin Fakhrizadeh played an important role in the Iranian nuclear program and was deeply involved with it, so it would not really be so easy to fill his gap.”

However, Raze believes that his assassination will not affect Iran’s nuclear program as much as Iran’s ability to resume efforts to develop nuclear weapons.

While Richard Maher says that Israel’s aim may also be that it will make Iran’s diplomatic alliance with the Biden government in the future even more difficult. Maher points out that, “Biden has stated that he would like to return to the terms of the 2015 nuclear deal when Trump and his foreign policy team and Israel did not want to.”

“To delay is also a strategy”

He says, “President Rouhani has made it clear that Iran is not going to fall into the ‘Zionist trap’, so I am of the opinion that Iran will wait until Biden sits in the chair of the US President. If Iran feels that Biden is ready to lift sanctions and return to the nuclear deal, it will do the same, no matter what Israel does.”

I as an expert of Israel also believe that the intelligence operation of the last two decades has definitely affected the nuclear programs. This cannot be ignored. Iran’s nuclear efforts have been delayed by at least a year or maybe a year and a half due to the cyber attack on the Natza nuclear plant. I also believe that Mossad and CIA both have capabilities for Cyber attacks not only in Iran’s Nuclear Plants and Other Gov resources but also in South Asia Countries. For this I have authored a four Volume book on Digital Security and Cyber attacks along with a CIA Agent Christopher Daemon. Book is available on Amazon.

I believe that everyone knows that these intelligence operations can prevent Iran from becoming a nuclear state and work in favour of Israel & USA.

I am not saying that I agree with this but the official position of Israel is to force Iran to negotiate more and more pressure through sanctions and be more and more willing to cut the deal.” Until this happens, it is important to delay their nuclear program as much as possible.”

I also say that these intelligence operations may also have adverse effects. It can also affect Iran in a negative way. For example, those who advocate more aggressive efforts for the development of nuclear weapons may give more preference. Despite the sanctions, Iran continues its nuclear program.

However, Maher does not believe that Israel will give up its efforts. He says, “Israel does not have the military capability to attack Iran’s nuclear programs. All it has is the ability to carry out intelligence operations. And if Biden indicates that he is ready to negotiate with the Iranians and then perhaps consider some of the points of the 2015 nuclear deal, I think we will be in the intelligence operation run by Israel and can see the enlargement.”

However, I believe it would be best for everyone to re-implement the agreement. Before pulling out of the agreement, Iran was a year away from having the necessary capability to develop nuclear weapons; today it is only three or four months away. But if the withdrawal efforts on the nuclear deal are successful, and Iran retaliates some of the activities done last year, Iran may again take at least a year to develop those capabilities.”

I think the Iranians want to get closer to building nuclear weapons and not want to develop a full-fledged nuclear weapon. They want to get into a situation where they have some political decision to make it Make it after weeks and months. Now it is a matter of political debate whether Israel is willing to let Iran come into this situation or not. Some believe it or not, some believe that it will be very difficult to stop it.”

I will finally add that developing a malware system and attacking any country and its scientists is an old strategy of CIA and Mossad and they adopt multiple ways to kill their target from road accidents from poisioning to shooting, penetrating in satellite system, remotely installing malware in computers and god knows what not. It’s very significant with seven killings of top nuclear scientists of Iran. But I also question that it may further deteriorate US-Iran-Israel relation and may put both countries on brink of war. 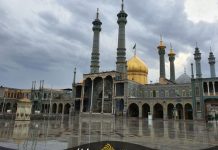 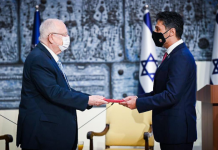 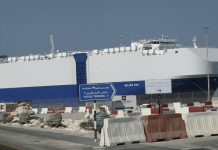