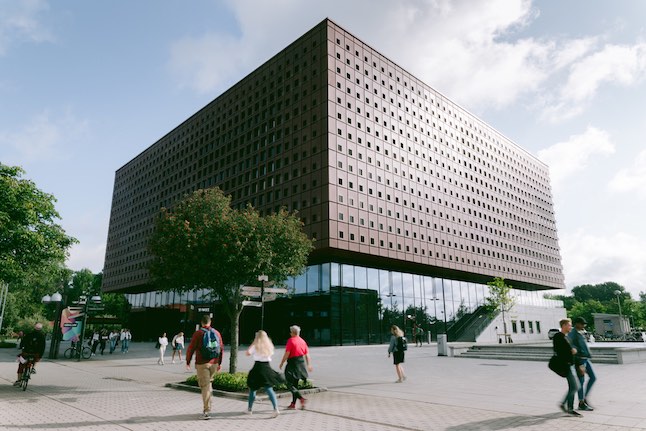 International students from around the world often jump at the chance to study in the US. So why is that some American students are defecting to study in Sweden instead?

The Local spoke to a current student and alumnus of Sweden’s Linköping University to find out why they swapped the States for Scandinavia.

EU students can study for free at Swedish universities and while tuition fees vary for US students – and depending on the subject – it generally costs a lot less to study in Sweden. There are also scholarships available for international students that normally reduce tuition fees by 50 percent.

“It’s majorly cheaper,” says Anne Moyerbrailean, who recently graduated from LiU with a master’s degree in Gender Studies. “I think most master’s programmes in the US are about $30,000 (€27,000) a year. Whereas, at Linköping University, all I had to do was fill out a form and they gave me 50 percent off my tuition. You just can’t compare.”

For Ohio native Adam Grachek, who is in the first semester of a M.Sc. in Intelligent Transport Systems & Logistics, a key difference between studying in Sweden and the US is that the university takes more of a backseat in students’ social lives. While LiU hosts many events and activities, students also play a more active role in organizing student life.

It’s far from the only way that independence is nurtured at LiU. American students might be initially surprised to discover a different approach to learning in Sweden. Whatever the programme, there is always a focus on independent learning and critical thinking — students take the reins of their own education, working in study groups to solve real-world challenges and develop skills that will be valued by future employers.

The world becomes more globalized each year and education needs to keep up. Anne found that taking gender studies in Sweden gave her a more global perspective on the subject — which she is unsure she would have gotten if she remained in the US to study.

“In my experience, there was more of a worldliness to the professors’ approach. I think the US, in a lot of places and ways, falls into this trap of just looking at the US context. Whereas I felt the professors at LiU took a really global approach to feminist studies. And the fact that we were reading texts in so many different languages definitely changes the lens on it.”

Nobody said getting a university degree would be a walk in the park but the Swedish education system is certainly more laidback. For one, relationships between students and professors are less formal and often on a first-name basis. According to Adam, the arrangement of the academic year also takes the stress out of studying in Sweden.

“In the US, there’s one long period of five classes so the workload is more hectic. In Sweden, the period is split up better so that students can focus on one thing at a time. It’s still rigorous and intellectually rewarding with as much process and thought put into the classes but it makes it less stressful.”

Anne believes that the lower fees alleviate some of the pressure — although it doesn’t mean the education is taken any less seriously. It made her feel more relaxed about retaking exams without worrying about how many thousands of dollars the resit would cost her.

“There’s a flexibility and spaciousness. I think it really enhanced my learning experience.”

There are around 2,400 international students at LiU enrolled on the university’s 28 international programmes. The diverse student body was a bonus for Anne who enjoyed meeting and studying with people from all over the world. It also led to much livelier and more enriching in-class discussions.

“We would talk about things I never even thought about – or came close to thinking about! That was really cool. Before I started the program, I thought I had a well-rounded understanding of systems like gender and sexuality. But through group discussions, I gained a deeper appreciation of the ways these systems shape people differently in different countries. Instead of just learning from books, the Tema Genus program granted me the opportunity to learn from the lived experiences of a diverse cohort.”

Studying at a European university is the gateway to a life and career in Europe where Americans can enjoy perks like more days of annual leave and benefits for families. For example, workers in Sweden get 25 days of vacation and 480 days of parental benefits to share between both parents.

Adam is getting a head start by working as a part-time international student ambassador while he completes his master’s degree, blogging about his study experience. Although Anne is now back in the US, she hopes that this isn’t the end of her European adventure and pictures herself one day living and working in Europe.

“I hope one day to actually move back to Europe and work for the UN or a similar organization.”