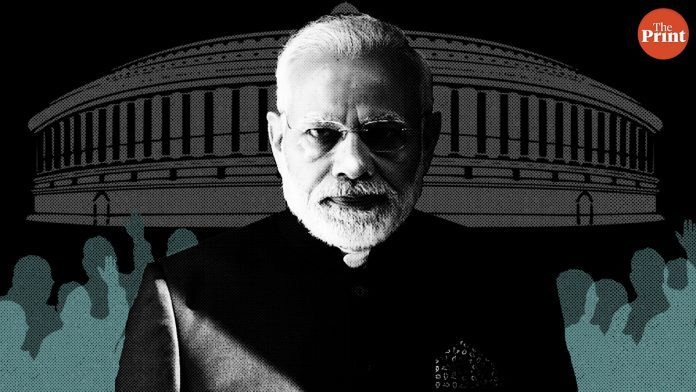 The Narendra Modi government announces a grand stimulus ‘package’ that it claims is worth Rs 20 lakh crore or ‘10 per cent’ of India’s GDP. But barely a fraction of it is new money being pumped into the economy. What is made to look like a stimulus is mostly a grand loan mela.

The Modi government is making hungry migrant labourers pay train fare. When this became a political hot potato, it said it was paying 85 per cent per cent of the fare and the state governments were paying the rest 15 per cent. Truth was that that 85 per cent was notional subsidy — in effect, the migrants were being charged the usual fare, and in some places, even more.

If no one else, at least the endless sea of migrant labourers would be able to see through the ‘85 per cent’ lie. It is curious that the Modi government openly lies — lies that are obvious and blatant. Just a few examples:

Narendra Modi said on the top of his voice that there had been no talk of a National Register of Citizens (NRC) in his government, when in fact both the President of India and the Home Minister had said it in Parliament.

Narendra Modi said the purpose of demonetisation was to destroy black money but when that didn’t work, his government kept changing goal-posts. Many lies to hide one truth: that demonetisation had failed.

The Modi government has made lying an art form. This non-stop obvious lying was described by George Orwell as doublethink: “Every message from the extremely repressive leadership reverses the truth. Officials repeat ‘war is peace’ and ‘freedom is slavery,’ for example. The Ministry of Truth spreads lies. The Ministry of Love tortures lovers.”

People are thus expected to believe as true what is clearly false, and also take at face value mutually contradictory statements. The Modi government talked about NRC, but it also did not talk about it. The Modi government is making migrants pay for train fares, but at the same time, it is not charging them. Doublethink also applies other Orwellian principles — Newspeak, Doublespeak, Thoughtcrime, etc.

But why do people accept it all so willingly? Why do the people who are lied to every day go and vote for the same BJP?

There are many obvious answers to this question: weak opposition, mouthpiece media, social media manipulation, and Modi’s personality cult that makes his voters repose great faith in him.

But the lies are so obvious, you wonder why anyone would lie so obviously. Surely, when someone is caught lying they can’t be considered credible anymore?

What’s happening here is the plain assertion of power. Our politics has become a contest of who gets to lie and get away with it and who will have to go on a back-foot when their lies are caught.

When the Modi government lies so blatantly, it is basically saying: ‘Yes we will lie to make a mockery of your questions. Do what you can.’

In 2016, Christopher Paul and Miriam Matthews wrote a paper for RAND Corporation, an American think-tank, in which they analysed propaganda techniques used by the Vladimir Putin government in Russia. They called it the “Firehose of Falsehood” (read it here). The Russian model is not to simply make you believe a lie — the lie is often so obviously a lie, you’d be a fool to believe it. The idea is to “entertain, confuse and overwhelm” the audience.

They identified four distinct features of the Putin propaganda model, all of which are true for the Modi propaganda machinery as well, as they are for Donald Trump’s.

1) High volume and multi-channel: The Modi propaganda machine will bombard people with a message through multiple channels. By “multiple” we really mean multiple — you will even see Twitter handles claiming to be Indian Muslims saying the same things as the far-Right Hindutva handles. Of course, some of the Muslim handles are fake. But when you see everyone from Akshay Kumar to Tabassum Begum support an idea, you’re inclined to doubt yourself. If everyone from Rubika Liyaquat to your WhatsApp-fed uncle is saying the same thing, it must be right. If so many people are saying the Citizenship (Amendment) Act will grant citizenship and not take it away, they must be right.

2) Rapid, continuous and repetitive: The hashtags, memes and emotionally charged videos will be ready before any announcement is made. The moment the announcement is made, both social and mainstream media will start bombarding you with messages in support of it. The volume and speed of the propaganda will barely leave you with the mind space to judge for yourself.

While the government will be careful to avoid saying it is not charging migrants, its deniable propaganda proxies will go around suggesting exactly that until the voice of the doubters has been drowned out. (A liberal journalist I know actually thought the migrants were not having to pay train fares anymore.)

3) Lacks commitment to objective reality: In other words, fake news. We know why fake news works: confirmation bias, information overload, emotional manipulation, the willingness to believe a message when it is shared by a trusted friend, and so on. There’s no dearth of this in the Modi propaganda ecosystem. There are countless fake news factories like OpIndia andPostcard News. Moreover, the mainstream media itself has been co-opted to manufacture fake news at scale, as the absolutely fictional charges of JNU students wanting India to be split into pieces (“Tukde tukde gang”) shows.

PM Modi himself is happy to lie for political posturing: from attributing a fake quote to Omar Abdullah, to saying there are no detention centres in the country, to exaggerating all kinds of data.

4) Lacks commitment to consistency: This is the bit where the fake news and claims are exposed, and yet they don’t hurt the leader. One day the Modi government says demonetisation is for destroying black money and next day it says it was to push cashless transactions, and third day it says the idea was to widen the tax base.

Ordinarily, such contradictions should hurt the credibility of Modi and his government. But, coupled with the three points above, the RAND researchers suggest, “fire hosing” manages to sell the changed narrative as new information, a change of opinion, or just new, advanced or supplementary facts presented by different actors.

How to fight the fire-hosing of falsehood

The RAND corporation researchers also suggest five ways for the United States to counter the Russian “fire-hosing of falsehood”. These are applicable to any actor who undertakes this propaganda model, including Modi and Trump.

2. Highlight the lying, not just the lies: The world needs fact-checkers, but they’re not going to be able to stop the fire-hosing of falsehood. That’s like taking paracetamol for Covid-19. You may need it for the fever, but it won’t kill the virus.What might treat the virus of fire-hosing, however, according to the RAND researchers, is to chip away at the credibility of the liar by simply pointing out that he’s a serial liar. M.K. Gandhi’s assertion of truth as the core of his politics, for example, served the purpose of painting the British colonial rule as being based on falsehoods.

3. Identify and attack the goal of the propaganda: Instead of simply fact-checking the propaganda, the political opponents need to understand the objective of the lies and attack those. So, if the objective of lying about migrants having to pay for train fares is to not let them travel for free, the opposition should spend great time and energy addressing migrant labourers about how the government is being insensitive to their plight. This will take a lot more work on the ground, and simply tweeting facts won’t be enough.

4. Compete: Across the world, fire-hosing of falsehood is becoming a powerful propaganda tool. Those who want to defeat such propaganda may have to do their own fire-hosing of falsehood. As the Hindi saying goes, iron cuts iron. When public opinion is being manipulated with fake news and lies, the opposition cannot win the game with mere fact-checking. It may have to do its own rapid and continuous misinformation with little regard for the truth. The RAND researchers suggest this is what the US should do against Russia.

5. Turn off the tap: Lastly, attack the opponent’s supply chain of lies. If opposition-ruled states are not cracking down on fake news and communal hate-mongers in their states, for example, they’re making a huge mistake.

The author is contributing editor to ThePrint. Views are personal. 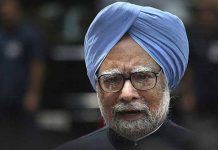 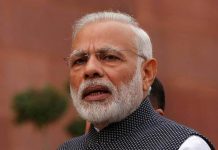 Modi needs to give bankers, investors proof that he will protect them 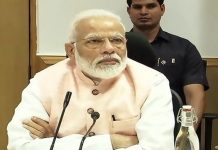