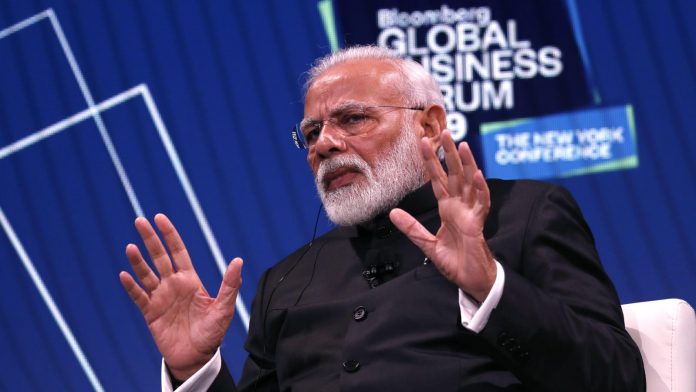 Journalism is a dangerous business, more so in a post-capitalist world of eye-balls where everyone is judged based on the click-through-rates they can generate and serious news has to compete with news articles about Saif Ali Khan giving Taimur a haircut. On World Press Freedom Day, we run the rule over the current state of Indian journalism.

India’s poor Press Freedom ranking: Take it with a pinch of salt!

However, before one gets into the issues faced in India, one must respectfully disagree with the RSF’s Press Freedom Index. India has been ranked 142nd and the methodology has more issues than The Spectator. Go through the RSF’s description about India and it has been reduced to the usual tropes, which can be found in the hallowed foreign newspapers.

As veteran journalist and editor Sandipan Deb points out in a series of tweets, the methodology is problematic for various reasons. Namibia and Botswana are ranked higher than the US and UK, while India is below UAE, where all papers are owned by Sheikhs.

As he points out, the ‘laughable’ ranking methodology is not only skewed against countries which allow people to freely speak about media freedom, it also equates journalists attacked by ‘criminals and terrorists’ with lack of press freedom.

That being said, it doesn’t mean journalism in India is a cakewalk. It has to compete with government threats, lack of information, low wages, loss of jobs or organisations forcing reporters into danger zones without proper resources.

The financial model of most organisations is severely broken as evidenced by the challenges faced even by top news channels.

Newsrooms are top heavy, too many top chefs and not enough workers to prepare the broth. The revenue model is heavily dependent on corporate spending and government ads.

Subscription model is virtually non-existent. That’s why a situation like a COVID-19 pandemic coupled with the lockdown has seen job cuts across the country with even leading publications letting people go or cutting salaries. The financial challenges also result in journalists not having enough resources to cover stories or be put in desperately dangerous situations.

The coronavirus pandemic has shown that many institutions are not even providing journalists with the basic equipment needed to keep them safe.

It has not been helped by the government’s arbitrary rules for the industry, sometimes raising the cost of newsprint or threatening to stop advertisements over coverage issues.

Markandey Katju, who was also the chairman of the Press Council of India, had once pricked the amour propre of many by demanding a minimum qualification for ‘journalists’.

Katju’s suggestion might have been over-the-top, but he wasn’t wrong about the talent deficit. Social media forces even veteran journalists to try and appear smarter than they really are which is why they vacillate from power grid expert to epidemiologist to oil expert on different days.

Needless to say, they have often been found wanting.

Journalism remains the preserve of the privileged elite, only those who can afford to live on meagre wages initially – which won’t even allow you to rent a shanty in major cities – happily choose this field.

Engineering and other such fields remain far more lucrative for the middle-class which has emerged post liberalisation. Few journalists have training in fields like science, finance or law which makes reportage superficial at times and sometimes plain wrong.

It particularly plagues English journalism which lacks both class and caste representation. The lack of representation means that while the media is always clamouring for stories to understand India’s unique and complex system, it fails to understand and accurately report something as fundamental as how it is to be a Dalit in India.

On the flipside, there are a group of people who have made it their business to report on such issues like caste apathy but have usually managed to alienate both the reader and the subject with highfalutin academic coverage that makes no sense outside campuses.

The Modi government views the media as an adversary as most governments do these days. Some of it stems from coverage of the 2002 Gujarat riots, which many in the current dispensation feel, vilified the current Prime Minister.

Information and Bureau Union Minister Prakash Javadekar tweeted: “Media has the power to inform and enlighten people. Media in India enjoy absolute freedom. We will expose, sooner than later, those surveys that tend to portray bad picture about “Freedom of Press” in India.”

While one might be inclined to agree on Javadekar’s view on the Press Freedom Index, his annoyance does sum up the current dispensation’s view of the media.

They love it when they can sell their stories where government is talked up or can launch softball interviews on the virtues of mango-eating – which frankly should be left to Katrina Kaif – but clam up when hard questions are asked.

While there’s usual lip service to Press Freedom from all parties, including the ostensible opposition, the Congress, it doesn’t morph into action.

Most governments – state and Central – are quite happy to file cases against journalists and organisations.

While FIRs against high-profile journalists like Arnab Goswami or Siddharth Vardarajan might get national media’s attention, many unknown faces languish in jail for perfectly legitimate stories highlighting lacunae in governance.

The lack of any explicit backing for press freedom, not even by our Constitution makers (there is no equivalent of the First Amendment in US Constitution here) makes the media an easy target for governments. Many-a-times, organisations leave their journalists to the mercy of the law instead of backing them.

Viewing the press as adversary also makes information flow to the public a tricky affair.

The Press Information Bureau, Health Ministry, Ministry of Home Affairs and others responsible for disseminating information have been found wanting during COVID-19 pandemic.

During a pandemic, wrong information can cause panic. This hasn’t been helped by the technological advances which means that every bit of information – wrong or right – has reached end users without due verification.

Social media though has actually levelled the playing field. While earlier, journalists and their versions were rarely challenged, a tribe of social media warriors across the spectrum make it a point to challenge them.

This has forced journalists – the real ones, to up their game. The pitch is queered by the presence of IT Cells from various parties. Fake news remains a problem, more so since it can be spread at breakneck speed on social media.

On the other hand, social media does help shine a light on the ideological biases of journalists and it’s become much easier to see the alignment of journalists.

Scribes are also more likely to be aligned to left-liberal values, which makes reportage a bit skewed.

This means that’s it’s even more important for journalists to keep their inherent biases in check. On the other hand, some channels have become even more rabidly bigoted, targeting particular communities to the extent that it makes Rwanda Radio look tame.

Light at the end of the tunnel

If one was to see the bravery of reporters covering the COVID-19 crisis, one can know that there’s light at the end of the tunnel. The smartphone and cheap data rates have almost meant that no story will always stay hidden.

The Indian media has always fought the tyranny of evil in all forms, from the British to the Emergency.

Digital media outlets are bringing stories to the forefront that might have been missed in the past. But how they monetise that content may hold key to the future of journalism in India.

People deserve the media they pay. But irrespective of hurdles, like in the past the media will keep speaking truth to power. News of its demise, one can assure you, is short lived.