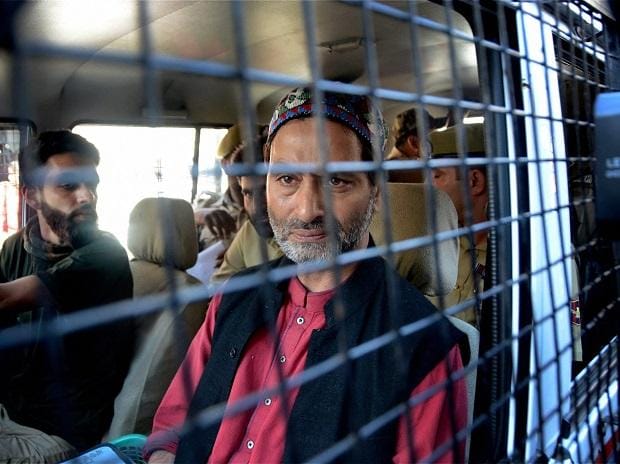 THE conviction of veteran Kashmiri freedom fighter and head of the Jammu Kashmir Liberation Front Yasin Malik by an Indian court on terror funding charges on Thursday reflects the panic within the Indian establishment where the Kashmiri freedom struggle is concerned. While at one time Mr Malik was amongst the leading lights of the armed struggle against Indian occupation, since the mid-‘90s he has advocated a democratic, non-violent movement for Kashmiri rights.

According to the JKLF, Mr Malik termed the charges framed against him as “fabricated and politically motivated” while adding that he was willing to pay the price for “seeking azadi”. Pakistan has also condemned the “sham trial” while earlier the Foreign Office had issued a demarche to the Indian charge d’affaires over Mr Malik’s questionable case. Though he has been convicted, Yasin Malik’s sentence will be announced next week.

The fact is that such methods are unlikely to extinguish the Kashmiri desire for freedom. Mr Malik is a respected figure in the Kashmiri freedom struggle and advocates independence for the disputed region, something that is not favoured by this country’s establishment. Mirwaiz Umar Farooq, another major Kashmiri leader, has also been in arbitrary detention for nearly three years. Instead of detaining and punishing the genuine Kashmiri leadership through dubious cases, India needs to open up channels with these leaders to help resolve the decades-old dispute.

Of course this will mean the hard-line BJP government that rules Delhi will have to admit that its actions of August 2019, in which the autonomous status of held Kashmir was done away with, were ill-advised. Peace in Kashmir can only be achieved by involving the genuine Kashmiri leadership, with both Pakistan and India as stakeholders. Ham-fisted methods will only increase the desire for azadi. In Mr Malik’s case, the Indian government needs to revisit the doubtful charges against him while also considering his ill health, and release him so that he can return to his family.